Artport invites you to join some of the diverse programming in the gallery, which includes artists talk, lectures, workshops, screenings, reading groups and more.

A Musical Event and Conversation with Yossi Mar Chaim

Tuesday, January 7th
Composer and musician Yossi Mar Chaim will talk and about the importance of Morse Code in his work and will demonstrate the translation of Morse code to sound.In conjunction with the exhibition Ax Bear Crow
Read more 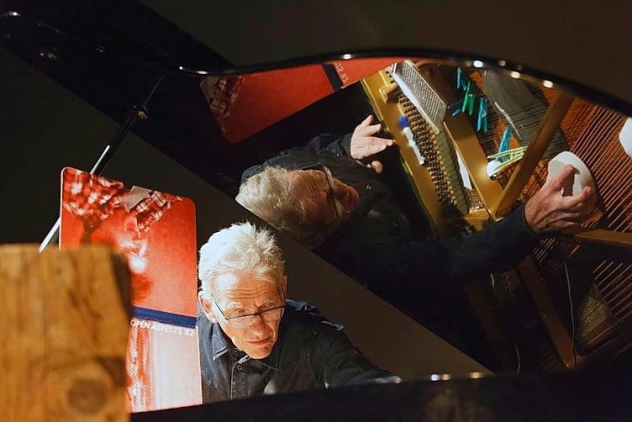 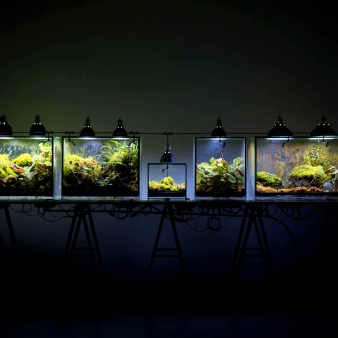 Artist Olga Kisseleva, Head of International Art & Science Institute and Professor of contemporary art in the Sorbonne University, will talk about EDEN (Ethics-Durability-Ecology-Nature), a project she has been developing in her laboratory since 2016.

EDEN represents an artistic utopia assuming that extinction, despite its supposedly definitive and irreversible characteristics, can be revoked thanks to the advancement of contemporary human civilization. The project takes the experience and the information from the scientific research and transforms it into an artistic proposal allowing humans to fully comprehend the experience of plants. The resulting artwork constitutes the ultimate expression of scientific exploration by the translation of data into an experience which humans can immerse themselves into, and understand what the trees communicate with their environment.

In Israel Olga Kisseleva conducted the project EDEN on disappeared and endangered native species from the Negev area in collaboration with CNRS, Arava Institute and the Bar Ilan University Archeobotanical Laboratory. Her exhibition Listening to Trees across the Jordan River presents this research in the Negev Museum of Art since December 19 2019.

In collaboration with The Negev Museum of Art, Be’er Sheva

Part of her on-going research is the theme of “Museum in the City and City in the Museum”, which on one hand opens up questions related to cultural policies that affect the emergence of new formats of art institutions, and on the other – analyzes the interconnection between the urbanization processes and artistic practices, which are mirroring these developments 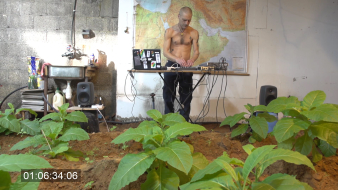 During Gabi Kricheli’s exhibition In Disbelief, we will hold performances by the musician Kinoro Shel Rothschild, who had taken a part in the video that is part of the exhibition.

Georg will introduce his work, which lies somewhere between visual and performing arts. He will take us on a journey where economic matters become narrations, and where performance has an artistic and monetary value. 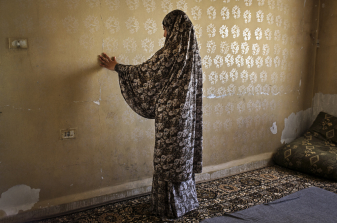 Tanya Habjouqa, award winning photographer, artist and educator based in East Jerusalem, in conversation with Maya Benton, international photography curator based in NYC.

Born in Jordan and educated in the United States, Tanya Habjouqa resides in East Jerusalem and is a member of NOOR. A photographer, artist, and educator—her work stems from long-term investments and collaborative methodology, blending ethnographic research and investigative reportage. Examining details of conflict in the Middle East, Habjouqa addresses the presentation of these conversations by western media outlets.
In recent years, her projects have been commended by the likes of TIME, Smithsonian and World Press Photo. Habjouqa is known for producing sensitive work underscored by the absurd.
She is a mentor for the Magnum Foundation initiative, “Arab Photography Documentary Program” and teaches workshops internationally. She is trained in journalism and anthropology with an MA in Global Media with emphasis on Middle East Politics from University of London SOAS. Her work has been exhibited worldwide and is in the permanent collections of the MFA Boston, Institut du Monde Arab, and the Carnegie Museum of Art. She is represented by East Wing and Ilex galleries.

Maya Benton is a museum curator, art historian, and art critic based in New York City. She has organized numerous international traveling exhibitions, lectures widely, and is a frequent contributor to magazines and museum catalogs where she writes about photography, museums, and material culture.
Maya has held positions in museums for twenty-five years, including The Getty Museum, The RISD Museum, The Harvard University Art Museums, the Jewish Museum of Florence, Italy, and the Jewish Museum of Venice, Italy. From 2008 to 2019, Maya was a curator at the International Center of Photography in New York, where she established a major archive and organized the most widely traveling exhibitions in ICP’s history.
Maya recently organized an exhibition of photographer and filmmaker Gillian Laub’s contemporary images of racial segregation in the American South, Southern Rites, that will travel through 2024. She is the founder and director of the Jews and Photography Initiative, a non-profit collaborative of more than two hundred international curators, archivists, interdisciplinary academics and critics who are interrogating the unique contribution of Jews to the history of the medium of photography.
She is a graduate of Brown University, Harvard University, the University of Florence, Italy, and the Courtauld Institute of Art in London. 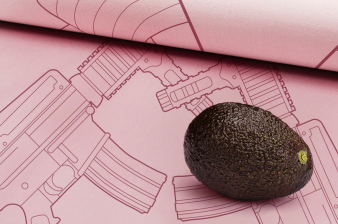 Benjamin Tejero’s work during his residency at Artport focused on the city of Tel Aviv, its gay life, and the contradictory reputations of the “bubble”.
The Exhibition Back To Artport will be showing during the open studio. 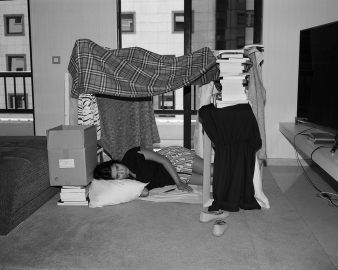 Joanna will discuss her photographic, filmic and performative practice that investigates man-made environments and domestic spaces in relation to self-protection and psycho-physical relationships. 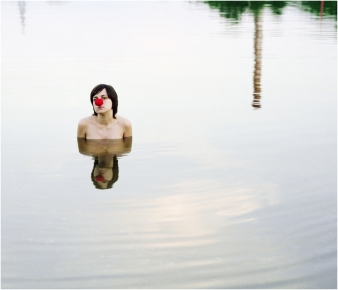 Starting with tiny movements and awkward gestures Diana Tamane is following long roads from the East to the West of Europe and her family members are often the main characters in her work. Sometimes it is her grandmother, who became a smuggler by trying to cross the Latvian/Russian border with two small pots of flowers. Or it is her dad, who since mid 90’s makes travels frequently to the West to buy cars, electronics and other items to resell it in Latvia. Or her mom, who became a truck driver after her enterprise went bankrupt several years ago. Often she uses vernacular photography taken by my family members exposing kitsch aesthetics of the working class, whose tastes are generally considered insignificant and worthless by the cultural elite. Through narratives of her family she wants to show different social processes and movements of today, creating a portrait of the contemporary society. 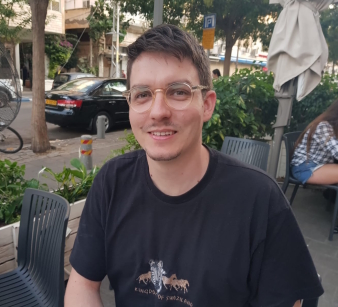 Rudolf Samohejl (*1987, České Budějovice, Czechoslovakia) lives and works as a visual artist and collaborator between Prague, the Czech Republic and Brussels, Belgium.

Rudolf Samohejl works in a variety of mediums, from installation and film to sculpture, drawing and performance. In his multifaceted work, layers of history, urbanism, capitalism, social narrative and identity become source material for explorations into the increasing possibilities and problems that new technology and visual languages possess over the construction of subjectivity.

The core of his current work can be found in the human obsession with an abstract future and the obsessive desire to project itself onto this imagined existence.

Samohejl graduated from the Academy of Art Architecture and Design in Prague. During his studies he took part at Salzburg Summer Academy and Edinburgh College of Art. He also participated in AIR Sandnes (Norway), Flow East Art Hub Prague, INI Project Prague, Space Called Place Organization Krakow (Poland) and Egon Schiele Art Center (Český Krumlov). His work has been exhibited in the Czech Republic and abroad since 2010. Rudolf Samohejl won the Jan Naaijkens Prize 2015 in the Netherlands and was a finalist of ESSL Art Award in 2013. 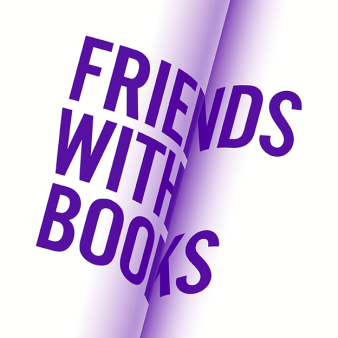 Savannah will present Friends with Books’ history and mission in relation to artists’ books as well as her curated art installations and exhibitions in connection to the fair. The talk will also relate to the independent art publishing scene in Israel, inviting Israeli artists to share and discuss a recent artist book.

Loic Tallon in a conversation with Dr. Lior Zalmanson, founder and artistic director of the Print Screen festival, as part of the symposium Art and Museums in the Post-Digital Age, about the changing demands of museums in the digital age, the changing roles of digital and technology departments in museums and the growing use of web technologies and virtual and augmented reality applications inside the gallery premise. How should we make museum experiences more accessible to a new generation and global internet cultures?

Loic Tallon is a guest of the GLAM Wikimedia conference. The talk is in collaboration with Artport Tel Aviv.

*Please note that the entrance is free of charge for this event only.

For information and tickets for other events at Print Screen Festival: https://www.english.printscreenfestival.com/talks 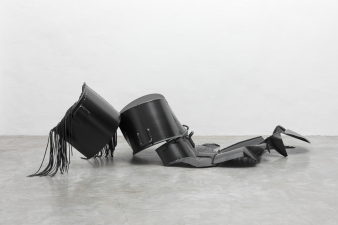 We are thrilled to invite you to the book launch of Yaara Zach’s artist book Lay Low.

The book was published in conjunction with Zach’s solo exhibition Unreasonable Doubt at the Petach Tikva Museum of Art (closing Sep. 29th 2018)

With Nicola Trezzi and Hadas Maor 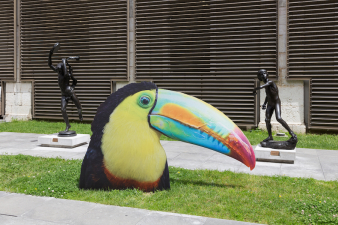 João Laia’s talk addresses art as a site where social dynamics can be examined, framing curating as a speculative communication tool, which employs the institution as a forum for debate and research. It also presents a conception of exhibition making as a verbal and non-verbal discursive practice, employing a grammar built out of the cross-contamination between artwork and physical space. 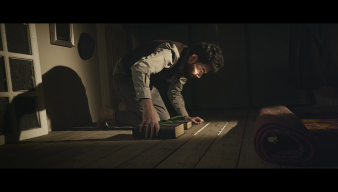 Artport and The Petach Tikva Museum of Art are pleased to invite you to the book launch of Guy Goldstein’s artist book Once, a Bit, a Second Hit, published on the occasion of his solo exhibition (curator and editor: Drorit Gur Arie).

Life performance of songs from the project at 9pm, special guest: Nitzan Horesh

The project, which includes a record and a the three-channel video installation, was created during Goldstein’s residency in Northern Ireland, addressing the violence and strife-ridden environment and the local “color” of life in it. 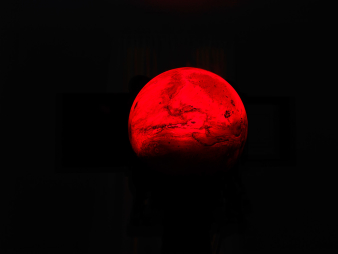 In an era where the means to control and power-over, have become sub-visuals: debt derivatives, DNA manipulations, algorithms, metadata, and so on, the curatorial part is required to challenge the political reality sub-visual power with visuals means.
Therefore, questions about representation alternate with demo strategies. Before the model and the platform, lay two key terms in the digital world: Simon will offer the exhibition, the basic curatorial gesture, as a site in which relativity can be exemplified and experienced.
Simon will discuss the ideas that guide his new book “Metastability” and the ways in which curatorial practice produces knowledge that can be used in other fields beyond art exhibitions.

Dr. Yehoshua Simon, former Director and Curator of Moby Bat Yam Museum, is a Fellow at Vera List Center for Art and Politics, New School New York, and Fellow at the World Academy of the Arts, Cologne. Also, Simon is Editor and Publisher of ‘Ma’ayan’, ‘West’ and ‘New and Evil’.
His book “Neo-materialism” was published by Sternberg Press (2013), the book he edited with Ingo Nireman “Anonymous Communists” (“Solutions” series, Sternberg Press, 2018), published in the Year, and the book “Being Together First to Be” (Archiv Box, 2018 ), 2019, as a summary for the exhibition program initiated and curated by “The Children Want Communism” (2016-2017). Simon holds a Ph.D from the Department of Visual Cultures, Goldsmiths College, London.