The analog image has a place of honor in the hierarchy of images. Impressive and rich, it has depth and functions as a “guarantee of pristine visuality,” as maintained by artist and theorist Hito Steyerl. The privileged status of the image is closely linked to such notions as originality, idiosyncrasy, and quality. According to Steyerl, “Resolution was fetishized as if its lack amounted to castration of the author.”
The new technologies that have evolved in recent decades, however, have eroded the status of analog photography as well as its associated set of values. The emphasis on the “original” and its aura has diverted to engagement with the image’s mutability and reproduction. Film was substituted by the digital file, leaving behind not only nostalgia for the materiality of the film reel, but mainly longing for the analog logic, and its innate continuity, singularity, and indexicality

Vis-à-vis this aesthetic and cultural perception of analog film production as an indicator of “high-end economy,” on the one hand, and of loss and yearning, on the other, the exhibition “Sight Lines” presents contemporary works in which Israeli and international artists rethink the use of film in today’s world. At the very height of the digital photography revolution—and the resulting need to create a stable representation of reality—these works present a new stance which regards film as a “critical substance”: the history and aesthetics identified with it are used here as a means through which to reflect on contemporary social and cultural processes. It is not a fetishization of the material itself—most of the works were intended to be digitally converted to begin with—but rather use of the nature of film as a carrier of time and a recorder of place, so as to shed light on the way in which we experience, remember, and acquire knowledge today. The poetry, the colorfulness, and the “alchemy of circumstance” (as described by artist Tacita Dean) lost with the transition to digital film are recruited anew in favor of a suspended, lingering gaze on some of the great narratives of modernity—nationalism, capitalism, and progress—the same modernity with which the analog image is so closely identified.

The works in “Sight Lines” address the intergenerational gaps and the crisis of meaning created around the transition from analog to digital film using different strategies. They introduce an unresolved tension between the various technologies, combining reality and fiction to create alternative historical narratives. The traces left by light on the film and the set of occurrences it manifests are used here to sketch a complex picture of the dynamics between reality and its representations. The featured works do not aim to produce total meaning, signify a sequence of actions, or strengthen the status of the auteur. Their sight lines no longer run parallel. The image they put forth criticizes the “pristine visuality” of analog film just as much as it produces such visuality through multiple voices, unexpected cuts, and new stories

The point of departure of Sara Cwynar’s “Rose Gold” is Apple’s rose-gold iPhone that was introduced in 2015. For the artist, this IPhone serves as a talisman of desire for objects, people, power, and money. Cwynar is interested in the social structuring of color and its emotional impact. Adopting the tone of an educational film, the narration is interspersed with quotations from Toni Morrison, Ludwig Wittgenstein, and Lauren Berlant, as well as the Apple website, and is interrupted on occasion by the artist’s voice. The film contains studio portraits and documentation of historical sites in the United States—all shot with a 16 mm camera—to create a film collage that delves into our love-hate relations with consumerist objects and the image’s complex history in forming these relationships. 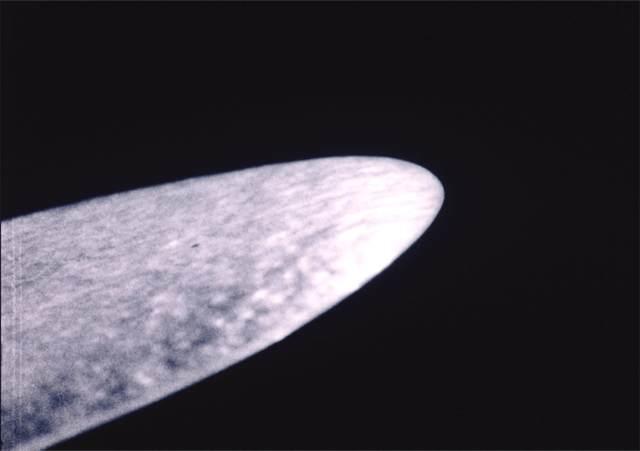 The work of the Belgium-based Israeli artist duo Sirah Foighel Brutmann and Eitan Efrat is an invitation to an event combining music and a film screening. It is an experiment in cinematic and musical improvisation shot on 16mm stock, some expired, documenting a live performance of the Ramirez Brothers (whose drummer is Efrat). An additional sound layer was superimposed on the recorded soundtrack, digitally processed to undermine the prevalent relations between moving image and sound. Captions appearing on the screen during the film indicate the materiality of the film stock and the complex dynamics spawned between light and darkness, and between text and image. The musical style of the Ramirez Brothers, like the work’s photographic style, eludes us as they belong to the past while being clearly contemporary.
The work was created in collaboration with Laszlo Umbreit, who recorded the performance and added electronic music to it. It was made in homage to Sébastien Koeppel, a highly esteemed cinematographer who worked with the most notable European video artists. 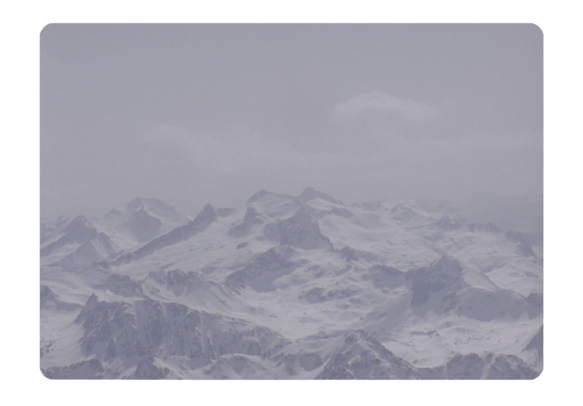 Spanish artist Édouard Decam’s video was shot in an observatory located on a mountaintop in the French Pyrenees. Volva is the name of the observatory, but it is also the name given by mathematician and astronomer Johannes Kepler to the earth, as seen from the moon, in his book Somnium (Lat. The Dream), the first science fiction novel, written at the beginning of the 17th century. Observatories, such as the one documented by Decam, study a distant, suspended past, while generally disregarding their specific geographic territory and architectural space. The film draws our glance to the observatory itself. It explores the interrelations between science, architecture, and the scenery in which they both operate. The artist’s decision not to depict people, focusing instead on the mechanical language created by the building and its surroundings prompts us to think about the role of images in the construction of spaces, both imaginary and real.

Nir Evron’s new work, presented for the first time in this exhibition, is based on rare materials from the Lehi (Jewish Fighters for the Freedom of Israel) archives—an underground organization during the British mandatory period. Never shown publicly before, these materials include documentation of paramilitary operations carried out by the organization before the establishment of the State of Israel, alongside reconstructions of various acts performed by underground fighters for the camera. As the film unfolds, Evron exposes details about the historical research he conducted, letting us in on his thoughts and reflections during the work process regarding the historical connection between photography and war, the role such documentation was supposed to play for the Lehi members, and the significance of exposing these historical materials today. 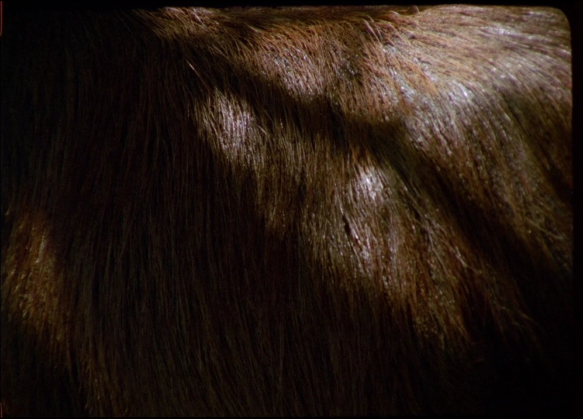 British-Argentinian artist Jessica Sarah Rinland’s film draws its inspiration from the films of Mary Field—the pioneer of British nature movies active in the first half of the 20th century. Using a 16mm camera, Rinland documents the biodiversity in Argentina’s Iberá reserve—the world’s second largest wetland. As in her other films, here too, she combines reality and fiction, fusing folk tales addressing the territory which she documents with scientific facts, and a poetic language with a pedagogic tone of voice. The tribute to early nature movies enables her to ponder the role of cinema in the historical changes regarding the production and dissemination of knowledge.
The film was screened at the Edinburgh International Film Festival, among other venues.