In his early twenties, shortly after Gabi Kricheli finished his military service, he found himself in the United States. The 9/11 attacks pushed him out of New York, and he headed south. He ended up on a long dark drive through a tobacco field. On the nocturnal drive through the endless field, he realized the impossibility of true escape. Surrounded by the painfully beautiful giant flowers, he decided to go back to Israel and pursue art. Now in his early forties, Gabi Kricheli revisits this formative experience from his early twenties.
Gabi Kricheli In Disbelief lingers on the moments of passage towards manhood – from boyhood to adulthood and from growth to stability. The moment when a boy excitedly faces the unknown and also, the crisis which meets the man on his path from adulthood towards the all too familiar and predictable end.
Kricheli learns from his memories. He puts together the puzzle that has made him into the man he is today. He draws out the involuntary memories handed to him by teachers, officers, newspaper headlines, the news reports broadcasted every thirty minutes, and the stories of the Second Intifada, the terrorist attacks in Jerusalem, the attacks on the Twin Towers. He shakes them up with the unwilling memories; the agony of the military kitchen, the texture of the uniform on the skin, the taste of canned corn, the smell of hotdogs, the pinching of a finger caught in the plastic box of a new CD. To these he attaches his most personal moments; a painting by his father, an engraving from his wife’s book.
In 2012, Gabi Kricheli rented a studio in the old Bezeq phone company complex on Ben Zvi Road in Tel Aviv. Soon after, Artport Art Center opened across the street from him. For four years, Gabi was unofficially part of the program, sharing a bathroom, kitchen, conversation and work tools. In 2016, he joined the last year of the residency program in the complex on Ben Zvi Road.
Armed with his memories and with the haunting images of the nocturnal tobacco field, Kricheli decided to create a tobacco field of his own, inviting the people who shaped his life throughout his twenties to join him in its construction and destruction. His spacious studio was converted into an agricultural site for the year as he moved across to an Artport studio. The artworks were taken out, soil was brought in, seedlings were cultivated, lighting was set up. Behind a heavy metal door, and relying on home-growing methods most commonly used to grow cannabis, Gabi created an alternative artistic infrastructure of heating lamps wrapped in aluminum foil to encourage sprouting, and lighting that simulated daytime and nighttime in shorter cycles to expedite the plants’ growth cycle.
Three aging shirtless men, with varying degrees of baldness, tended to the tobacco field at the heart of the exhibition. Gabi planted the field and cared for it. The musician Kinoro Shel Rothschild composed music for the plants, which he then played for them to boost their growth and flowering. They were good students in straight furrows, listening to his music with an educational map of the Middle East behind him. Artist Yuval Rimon (Zik Group) came to keep the plants company. He slept by their side, filming them for a documentary of sorts. A film during which the field withered and died.
Quickly, the field became a social media sensation, yet then it was attacked by a fatal mealybug infestation. It is not the first whose downfall was the gaze. Lot’s wife turned to look at her ruined city and became a pillar of salt. Orpheus defied the gods and looked behind to see if his beloved Eurydice was following him out of the underworld – and lost her forever. In Fellini’s Rome, ancient frescos fade away the moment they are touched by sunlight, the human eye and the camera. Can the artwork survive the observing and exploring gaze? Can we?
Only some of our memories survive long contemplation and the distance of the years. Personal memories mix with national memories; private trauma mixes with the American and the Israeli trauma. After 9/11, experts in post-traumatic stress disorder came to the United States to teach locals how to deal with the war that landed on their doorstep. But nobody tends to the Israeli men who carry their damages like notches on a hunter’s belt.
In his exhibition, Gabi Kricheli continues to play tricks on viewers and push the fine line between reality and fiction, between art and real life. His work lies in the uncomfortable area between the military kitchen and the sick field, between the crisis after military service and midlife crisis, between the boy who stopped believing in the power of the system and the man who lost his belief altogether. 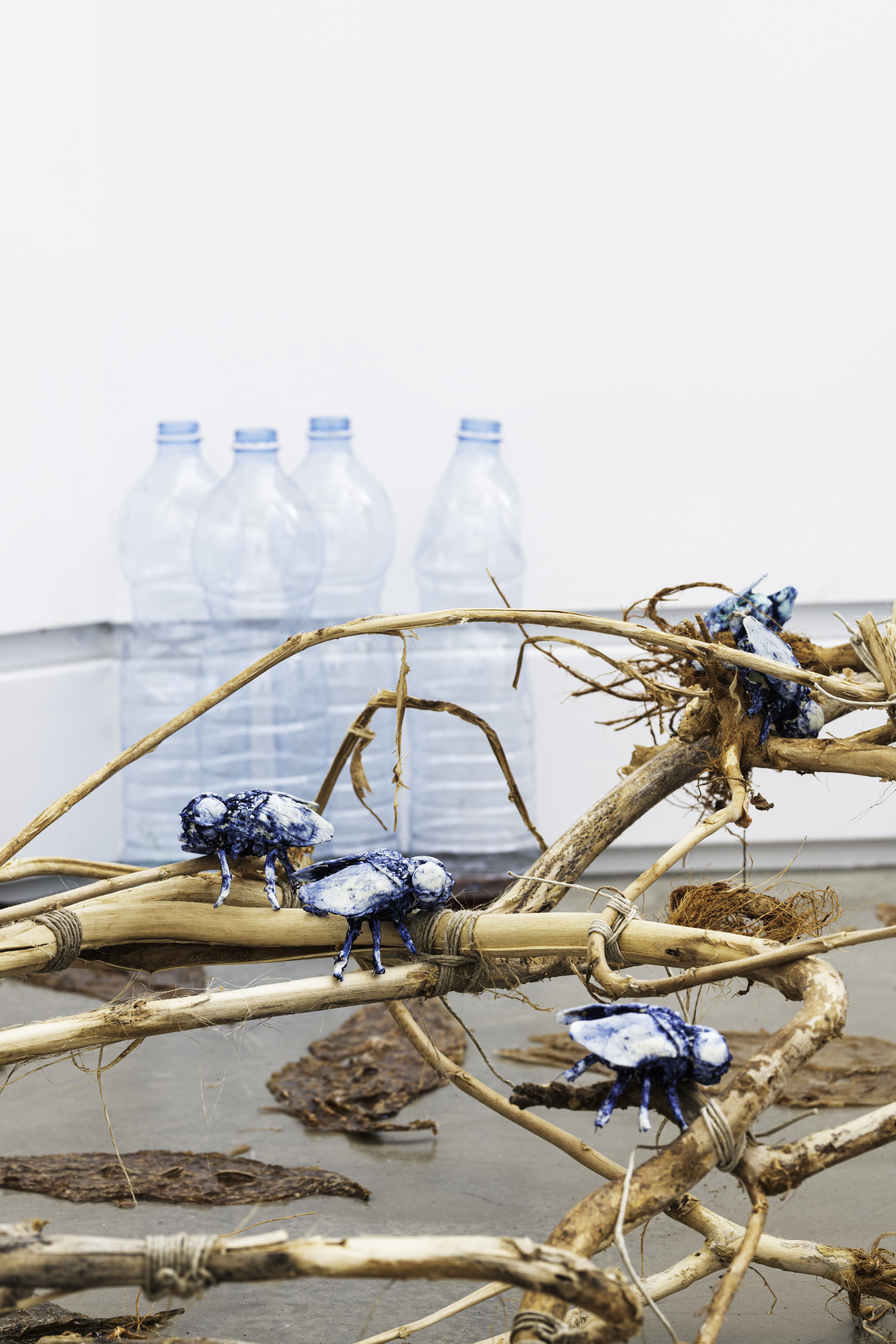 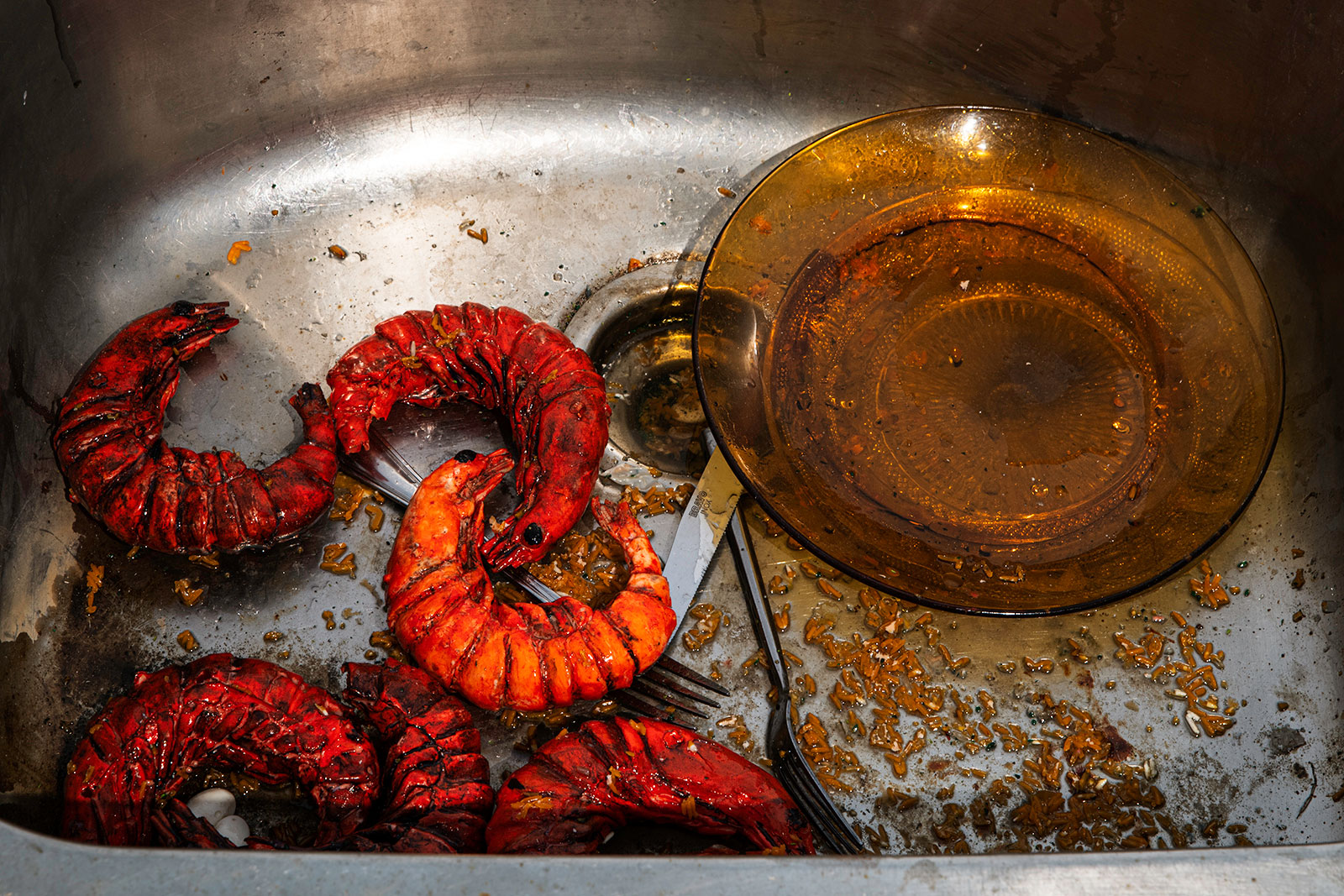 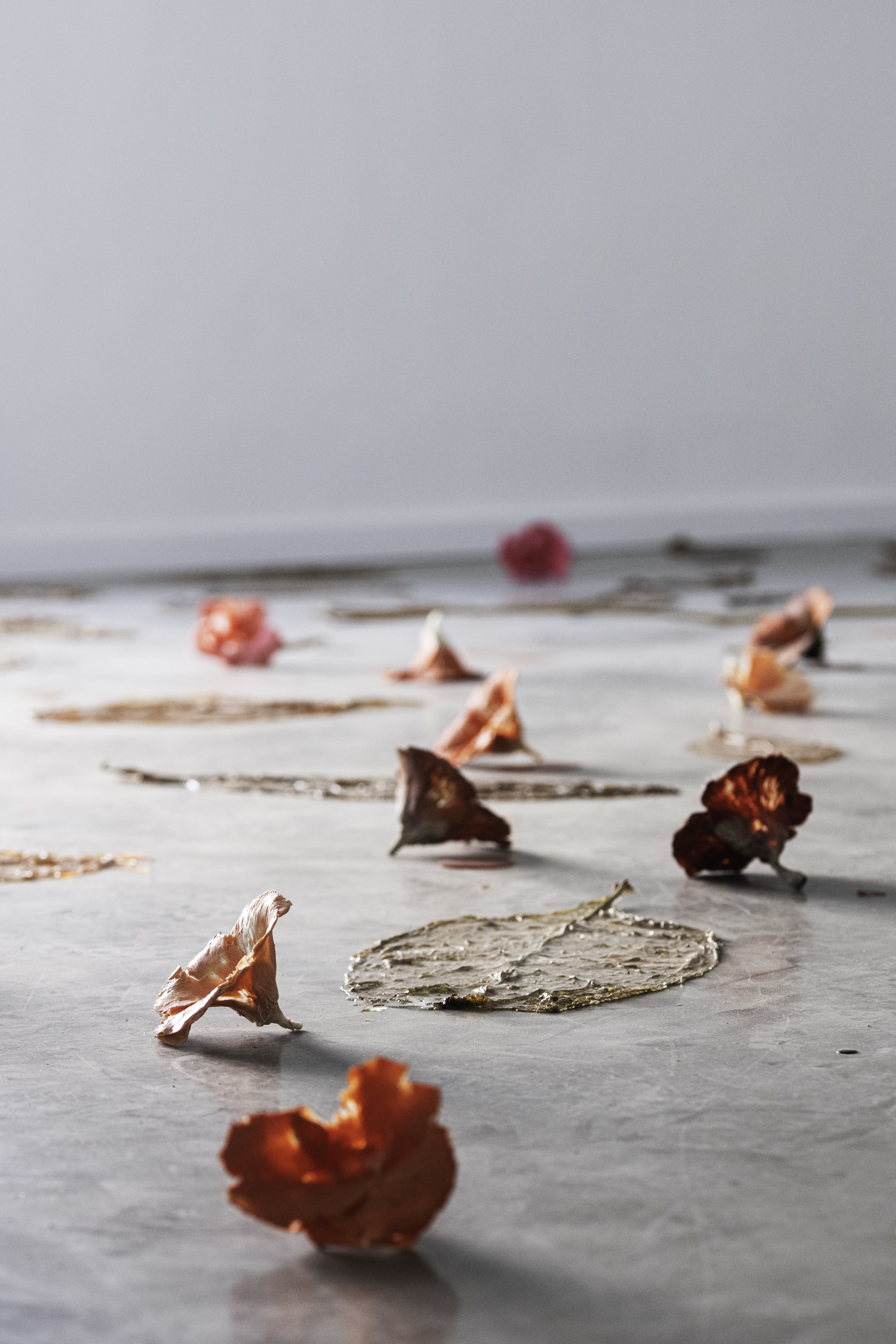 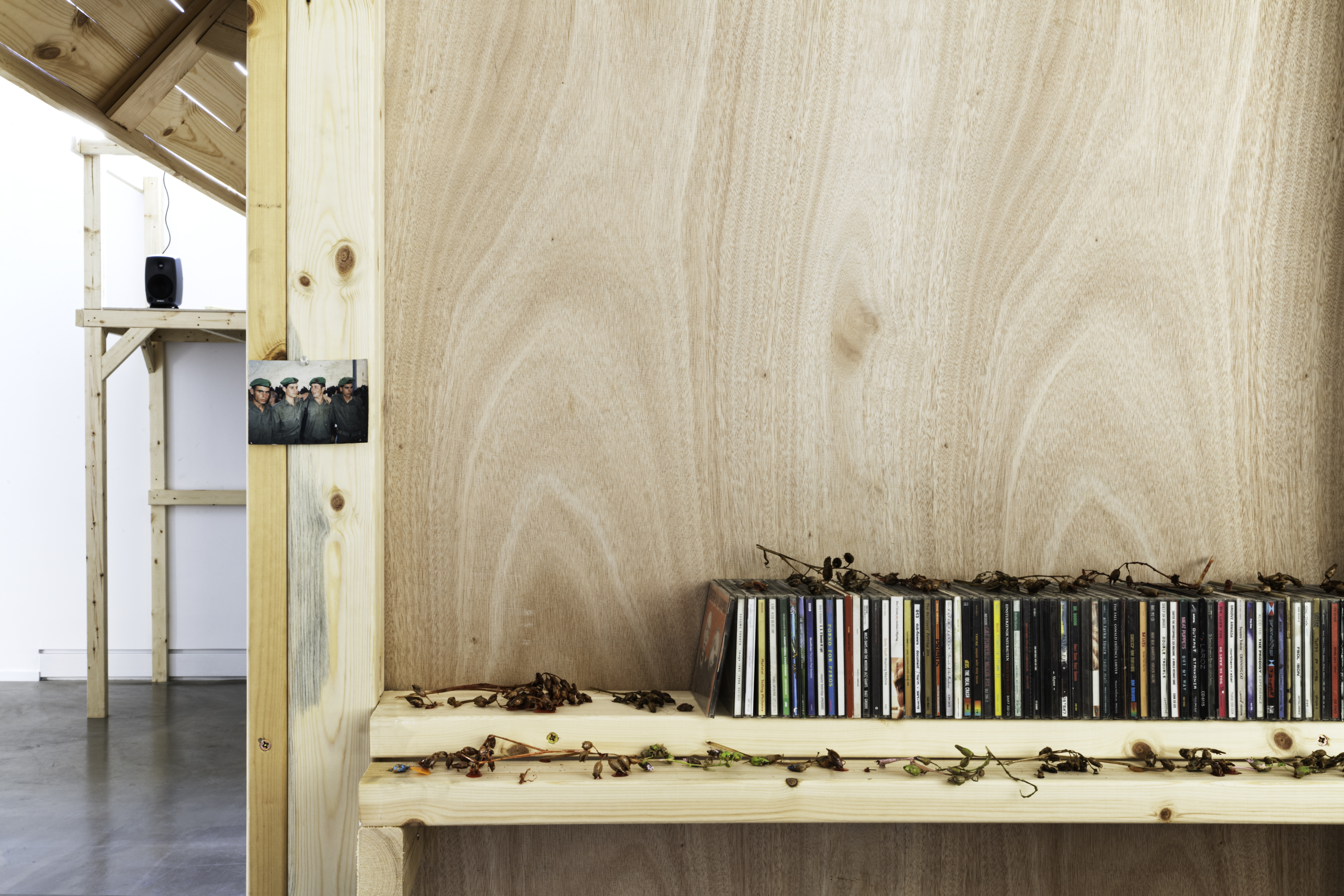 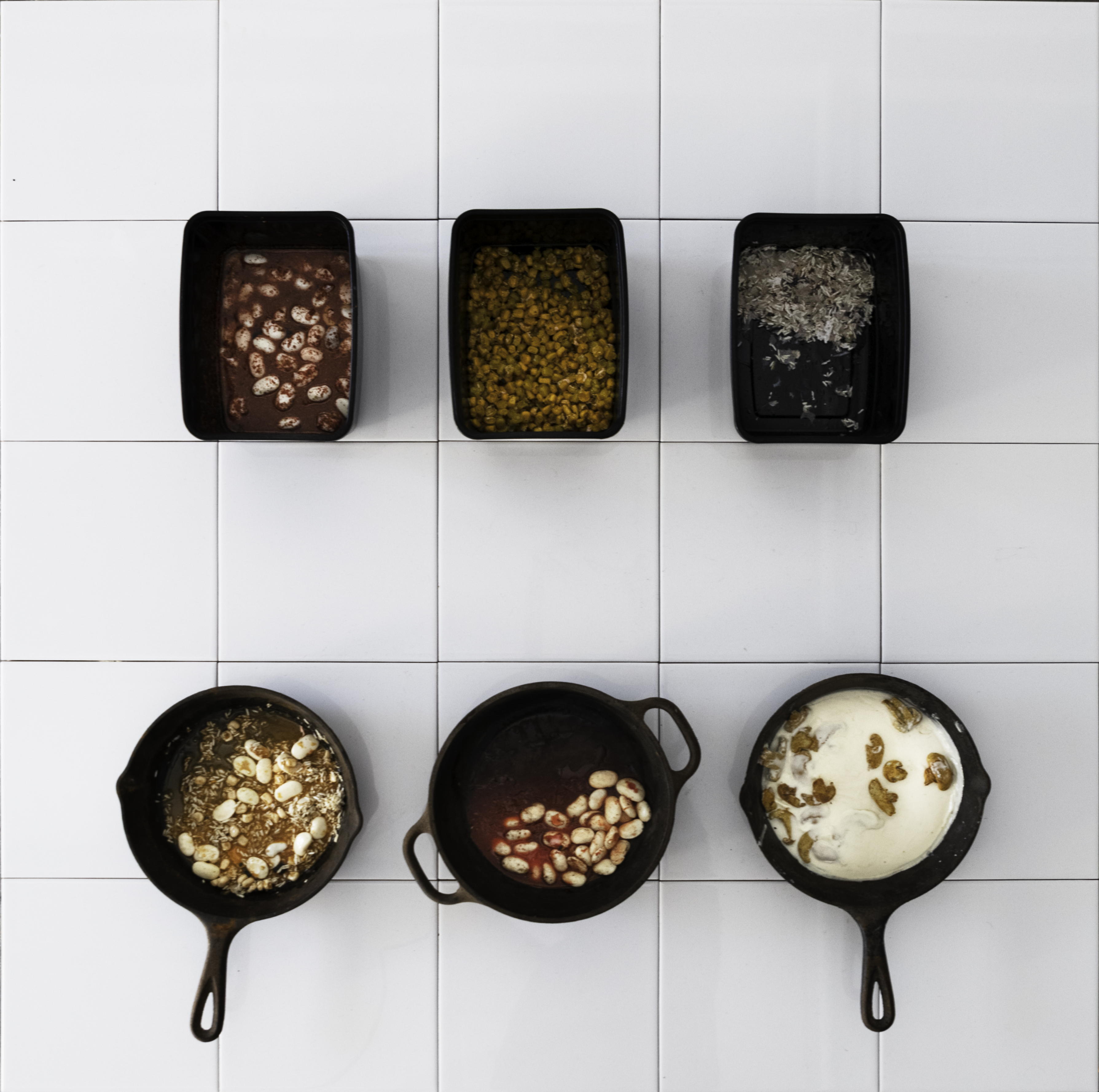 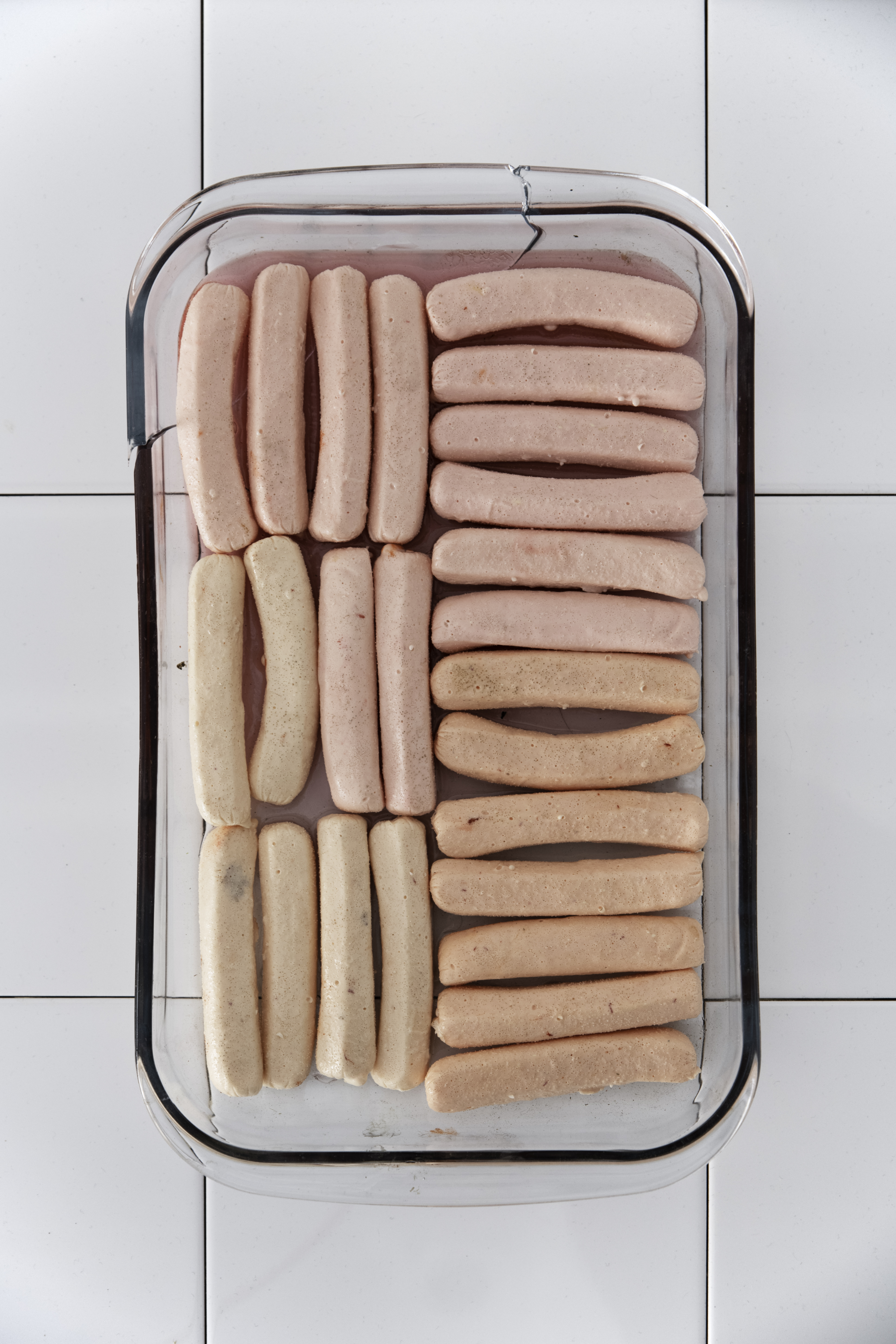 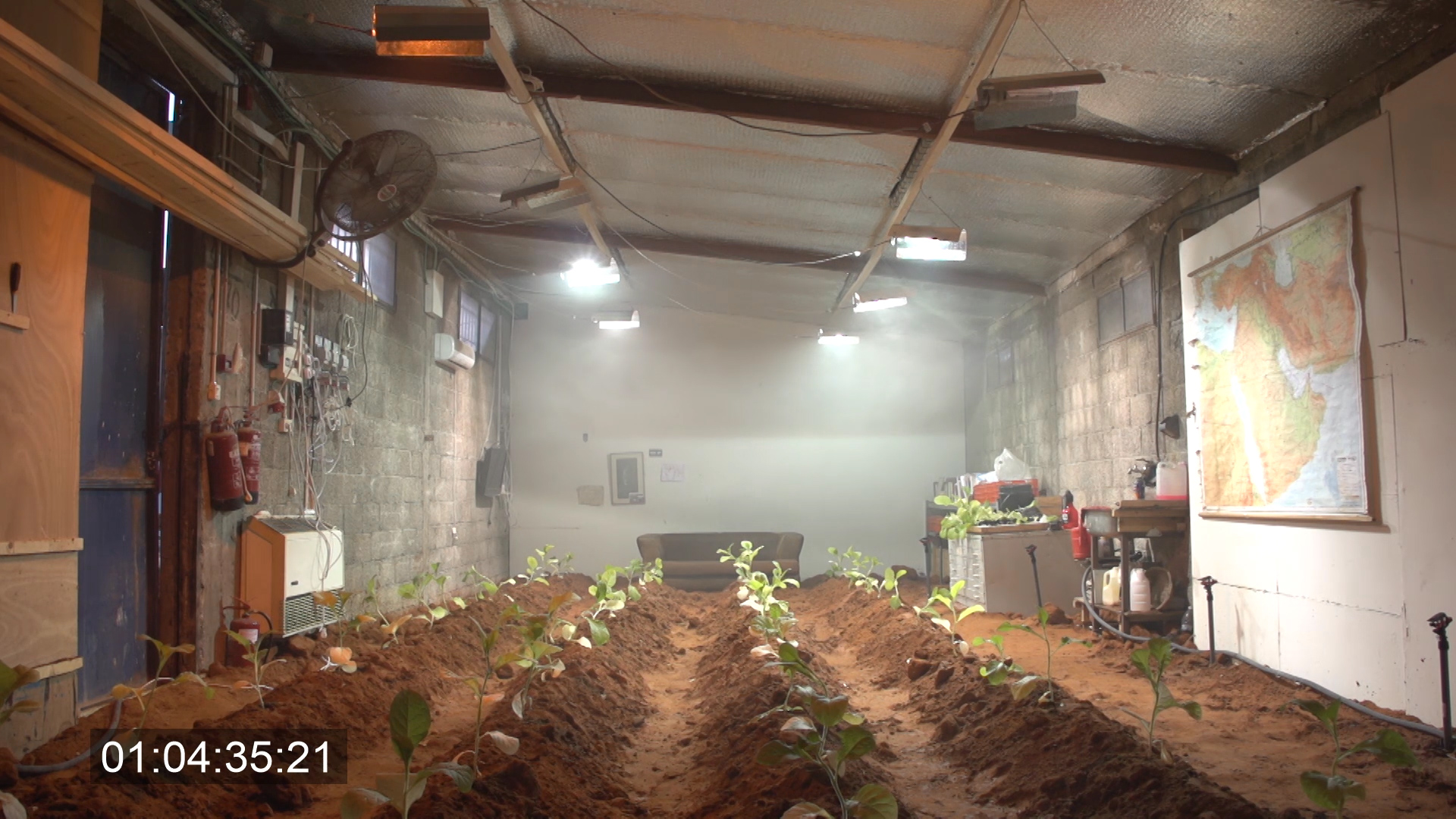 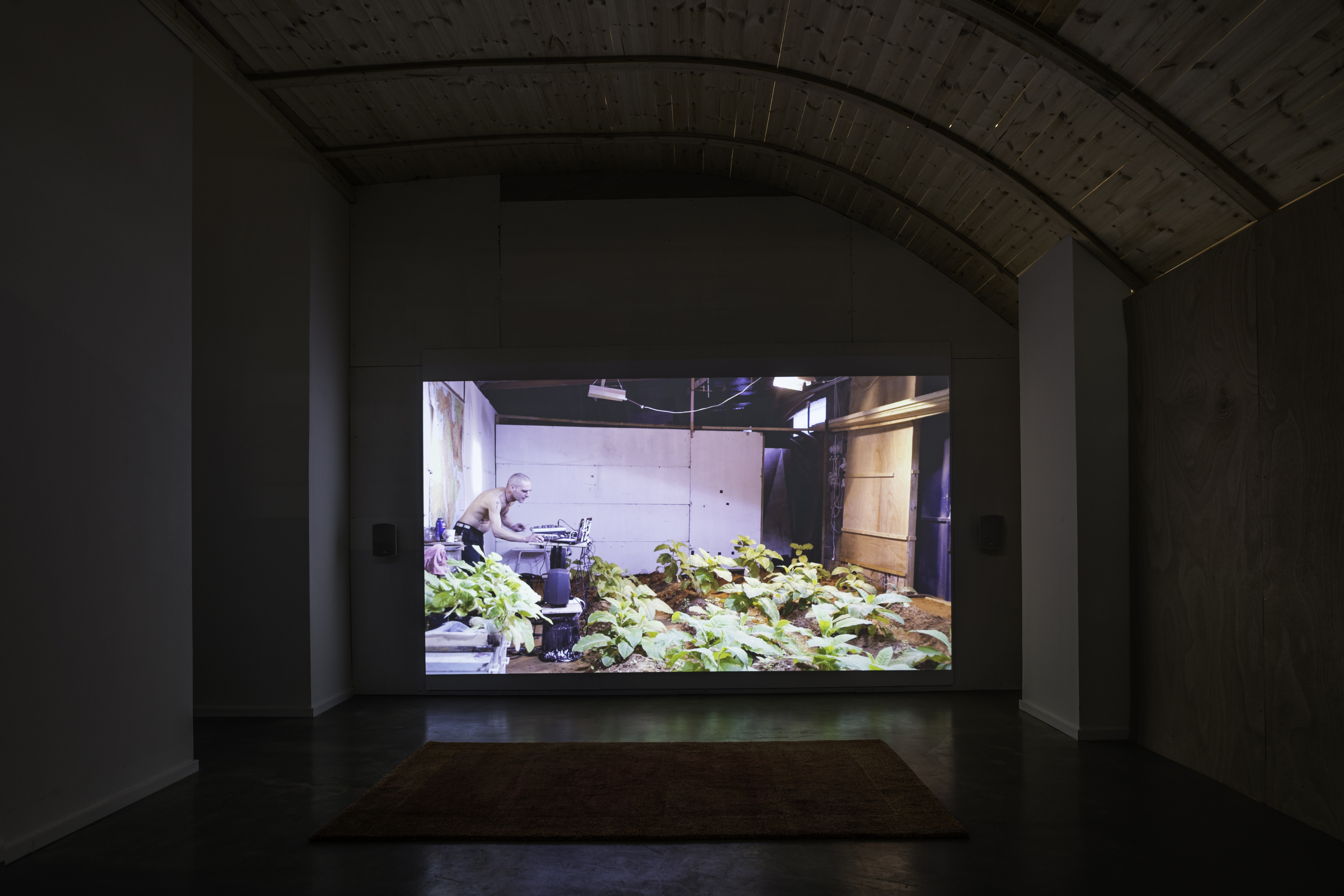