A Part from Me

A residential apartment is being built inside Artport gallery. Front door, kitchen, bedroom, window, driveway. Its boundaries are fluid—the gallery’s interior and the apartment’s exterior blend; its identity is unclear—vacant but teeming with signs of life; its definition is blurred—a proposal for a dwelling within a gallery, inside a new white building, amid old garages, in a neighborhood undergoing transformation from a business to a residential zone, during a period in which people stay behind closed doors.

According to the latest guidelines, admission to the exhibition is subject to pre-registration and is limited to 15 people at any given moment. To register:

The Hebrew word bayit denotes both “home” and “house,” thus eliminating the distinction between the place providing one with peace and security and functioning as an object of yearning, and the space in which this fantasy is supposed to materialize. The latter often fails to meet the former’s expectations, and be the home we dreamed of, our dream house. We leaf through design magazines, review inspiration boards online, renovate, paint walls, add sofas, cultivate potted plants, replace curtains, but all these efforts are doomed to fail. There will always be something left to do, something that the architecture and interior design cannot cover up. There is a built-in gap between the place where we dwell and the place where we would have liked to dwell; between our control of the house as owners and our lack of control, being just another element in it.

In the exhibition “A Part from Me,” Tchelet Ram and Naama Arad guide us through the house. Via works rife with humor, they explore the gap between the “house” which marks boundaries between exterior and interior, setting us apart from the rest of the world, and the imaginary “home,” the object of our inner desire; between the place to which a person returns at the end of the day, and the place which one never reaches.

“A Part from Me” takes place in the space between the pleasant, jolly, and familiar, and the unknown, threatening, and uncanny. The sense of discomfort arising inside the house erected by Ram and Arad calls to mind the loneliness and foreignness that accompany us even in the most intimate moments. The encounter with the fragile sculptures confronts us with the feeling of homelessness characterizing modern man, who feels fundamentally uncomfortable in his own skin and in his own city alike.

Ram (who is currently participating in the Artport residency program) and Arad (a graduate of the program) have been working in the building since January 2020, creating the works for the exhibition in collaboration with each other. They met weekly for over a year and worked together in the space on the parking level, right below the gallery where they now exhibit. What started as a one-day-a-week meeting grew into two, three, and more long days a week devoted to joint work, mixing solutions, casting substances, sawing, and sewing. Wool sacks were brought in, washed, and sorted, windows were disassembled, fabrics were perforated, and ribbons were threaded. Materials were re-examined, disintegrated, and reassembled. The work was highly collaborative and extremely intense at the same time—Arad’s right hand pours materials, which Ram’s left hand mixes. One sews, while the other holds the fabric. A total symbiosis between two artists who are also good friends. The discussions and arguments, jokes and compromises became a part of the works, blending into the fabric, assimilating into a total artistic partnership. The third partner in the exhibition is the material itself—conspicuously present, it calls for attention and care, constantly asking to be reinvented, to be looked at differently, time and again. The two artists circle around the materials lying on the table—petting, patting, tending to them as one cares for another person, watching curiously to see whose character they are going to acquire.

In the year that has passed since the physical work on the exhibition began, the world has turned upside down. More and more people found themselves holed up in their homes, asking themselves what defines them and their place, what would make them feel at home. After many years in which the relationship between interior and exterior seemed to become blurred, 2020 came along and reintroduced the clear boundaries between the protected private space and the dangerous public space. When reality outside transcends all imagination, Ram and Arad flee into the realms of imagination; as uncertainty takes over the world outside, they rely on intuition, trying to create their own safe place. “A Part from Me” takes place outside the boundaries of the house and outside the boundaries of the self—outside Ram and outside Arad, and in the space between the two of them and the visitors.

Entrance to the gallery will be allowed under the Ministry of Health guidelines:

According to the latest guidelines, admission to the exhibition is subject to pre-registration and is limited to 15 people at any given moment.

Entry will require wearing a face mask (ages 7 and up), maintaining a 2-meter distance, measuring body temperature and responding to a health statement.

*Hand sanitizers will be available for visitors. 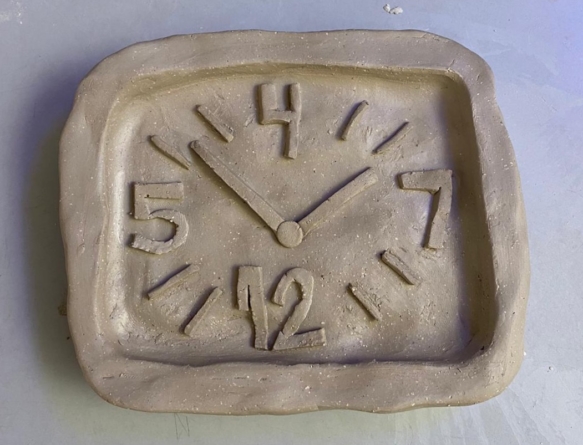