Elle Flanders completed her PhD at York University’s newly created practice-based research visual arts program in 2014 and has mentored with some of the art world’s most notable artists, including Mary Kelly and Martha Rosler, at the Whitney ISP and Rutgers University, respectively. Flanders has a strong history of community engagement and has created award-winning films and installations. Her longstanding interest in the socio-political realm and how it relates to landscape have led her, in collaboration with Sawatzky, to produce site-specific public art installations that are immersive and re-examine the role of audience as participant/witness.

Tamira Sawatzky is an architect by training, having worked for the firm MJMA in Toronto from 1999–2010, designing large-scale, award-winning, community-based projects. Sawatzky began a collaborative art practice with Elle Flanders in 2009, bringing a spatial focus that contributes to the development of immersive installations and multifaceted exhibitions. Sawatzky’s architectural background lends itself to an emphasis on the structural, provoking a conversation between art and architecture and the politics of landscape and place. Since forming Public Studio, Sawatzky and Flanders have garnered critical attention, winning several public art commissions and awards, including the 2013 Toronto Friends of the Visual Arts Award. A publication about their work is slated to be published by Black Dog Press in 2018.

Public Studio is based in Toronto, Canada. 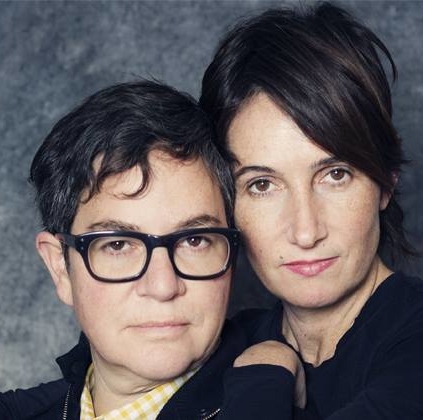 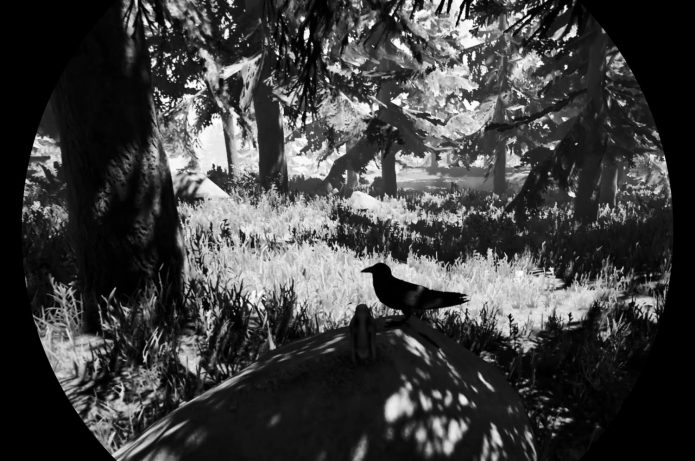 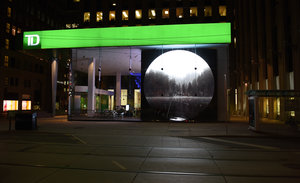 Wood between Worlds is an LED public artwork that uses video game landscapes to explore the forest. The work takes its name from a pond-filled forest in The Magician’s Nephew, the sixth instalment of the Chronicles of Narnia novel series by C.S. lewis, in which each pond is a portal to a different world.

Commissioned by TD Bank Group, Wood between Worlds uses an “open world” video game design, which allows players (the viewer in this case) to roam freely and explore their surroundings without a stated objective. This contrasts with the traditional video game design that demands players confront challenges and progress to next levels.