Three video works with the support of Artport by the artist Noa Gur, created over the years following the stabbing incident of Marwa el Sherbini.

Ways of making visible, 2016, a two-channel video installation, 02:29 Min., Colour, Sound. The video channels are presented as opposite projections.

The Video shooting took place outside of the museum’s opening hours and involved pupils operating flashlights in the darkened space, and posing behind sculptures in showcases. Their faces are visible and alternately blinded by the flash, while hindering and in turn enabling the spectators’ gaze with the audible click of the torches button. A simulation of the flashlight’s reflection of the object is projected onto the opposite wall, and casts the outlines of the shadow of the sculptural object that is seen in the video involving the pupils and the sculpture from which it supposedly originates, which is not entirely visible to the viewers’ eyes.

Art Dubai, 2014
In the video work Art Dubai, Gurs Berlin gallerist recounts an anecdote that he experienced in the art fair, when the fair’s directors interfered with one of the exhibits, a globe-shaped sculpture, and asked to make changes to the world map it displays. The demand followed a nocturnal visit to the fair. There, when the lights are turned off and visibility is ostensibly limited, the conditions and restrictions are shaped into the visibility of daylight. Participaction: Henning Weidemann.

In “Collective Identity”, The museum visitors are children of asylum seekers and economic migrants, seated with their backs to Gutmans painting and merely listening to an audio guide for children, in use by the Tel Aviv Museum of art which illustrates it; a play in the form of a staged dialogue for children. In it, a couple, supposedly representing Palestinian peasants, enact a dialog in a grotesque Arabic accent. It lays the premises for a collective image of the native inhabitants and natural landscapes of Palestine which are portrayed as desolate. The imaginary voices of the couple represented in the painting are heard discussing the composition of their depiction in the fabricated audio dialog produced for the museum’s didactic program, they furthermore practice pronouncing the name Picasso, failing to speak out the P.which innate limitations of Arabic pronunciation. (Text taken from “Ways of making visible”) by Hili Perlson. 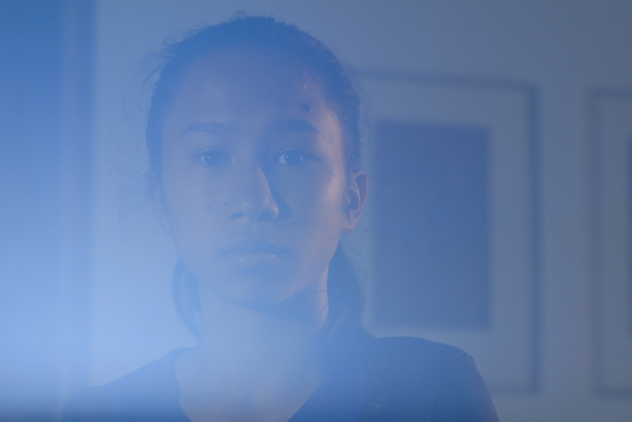 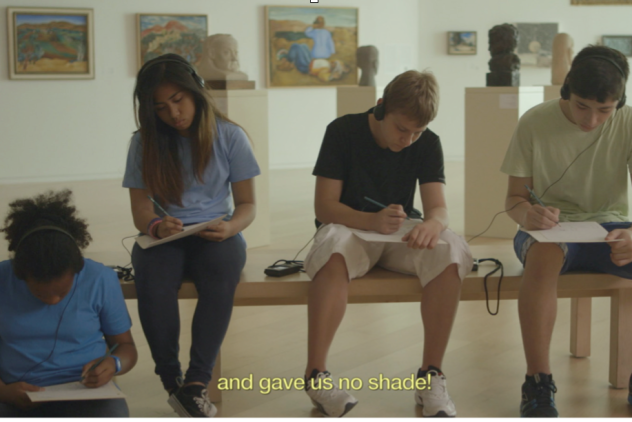