The four films included in the program “Intimate Spaces” present complex relationships between people and places. Despite their stylistic divergence, they all feature protagonists who are active in other temporal and spatial realms, ones who do not obey normative and binary divisions between man and nature. It is an undomesticated or a semi-domesticated sphere where diversity, creativity, and destruction affect the subject populating it. Alongside the intimacy and nostalgic yearning arising from the works, they also invoke a sense of wonder. Each inspires a different mood, inviting us into a world guided by another kind of logic. 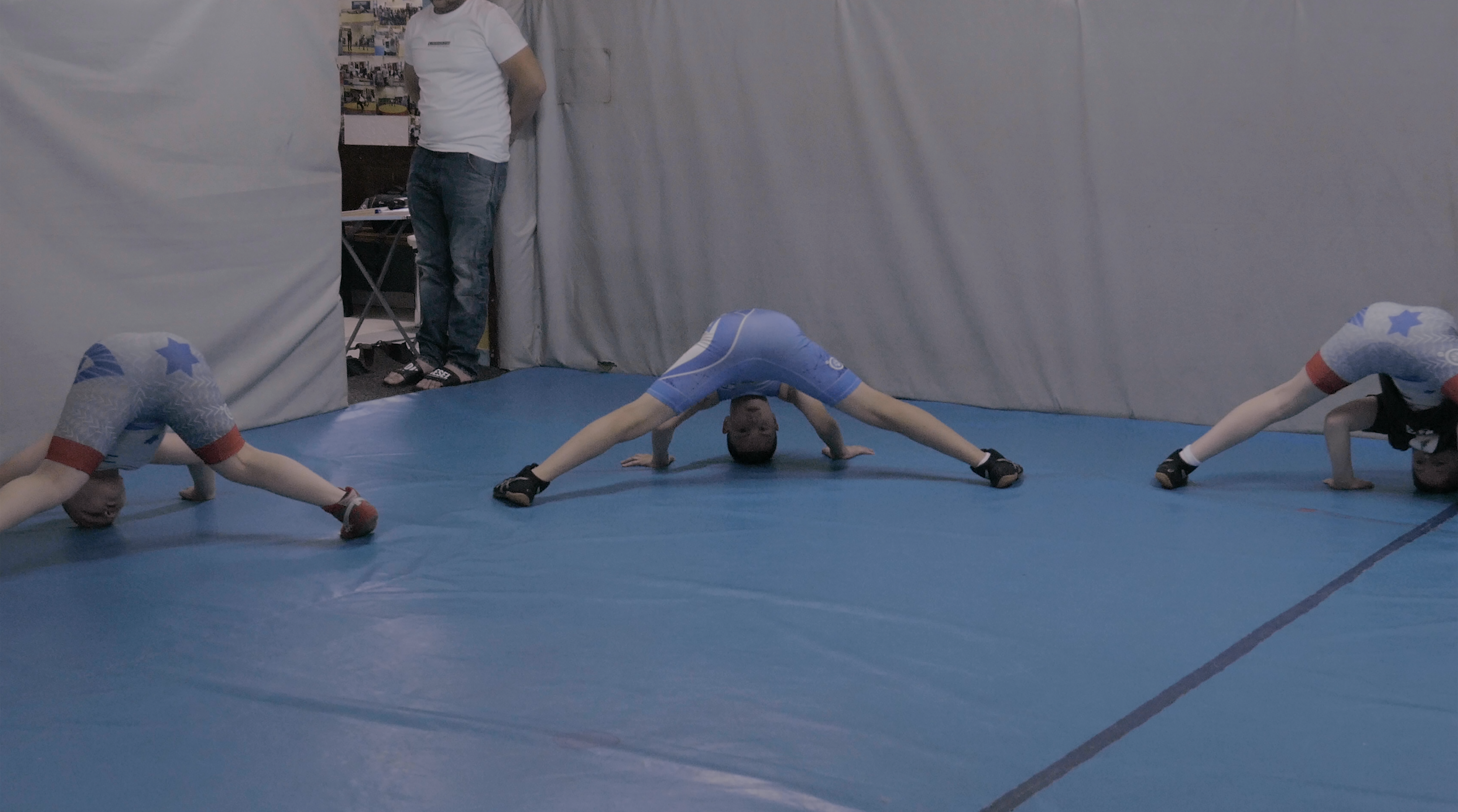 Roni Bahir’s work documents the training of children and teenagers in a Greco-Roman wrestling club in the Israeli city of Lod. The work introduces a delicate gaze at the variety of tensions that exist in this daily situation: between the trainees, who are the second-generation of immigrants from the former Soviet Union, and the reality of life on the fringes of Israeli society; between the regulated violence that underlies the sport of wrestling and the vulnerability of these young people; and between different intergenerational models of masculinity. 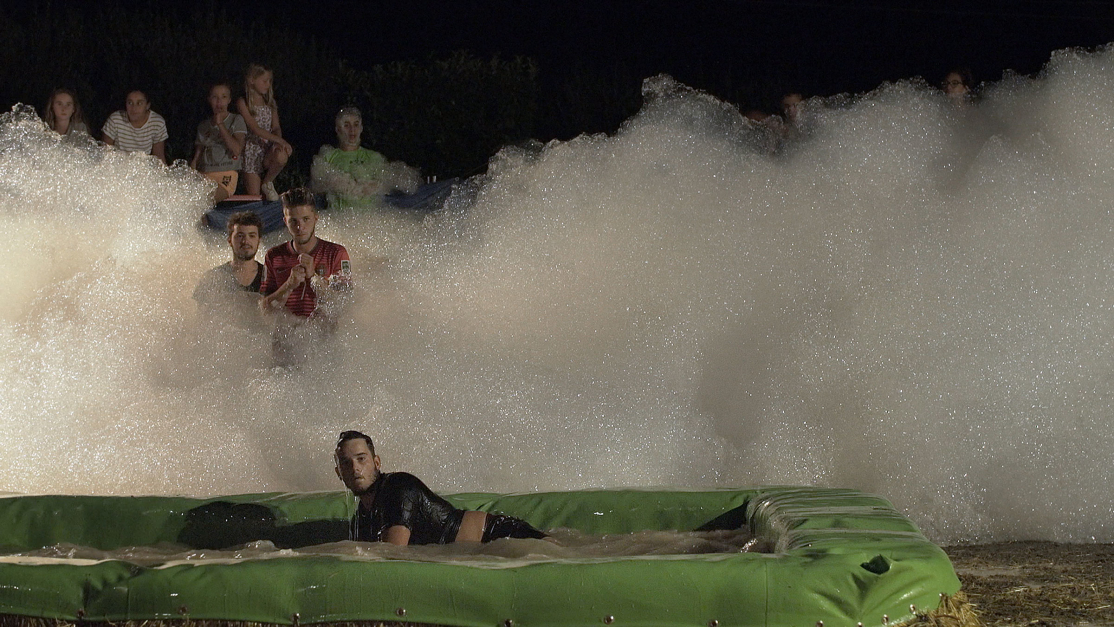 German artist Yalda Afsah’s mesmerizing work documents a bullfight in a small village in the south of France. White foam filling the arena transforms the event into a surrealistic ritual where the distinction between human and animal, and between battle movements and dance movements, is undermined. The interplay between the on-screen visuals and the off-screen sounds renders the work an anthropological document with an artificial quality, in which the archaic and the modern are intertwined.
The film premiered at the international short film competition at Locarno Film Festival. 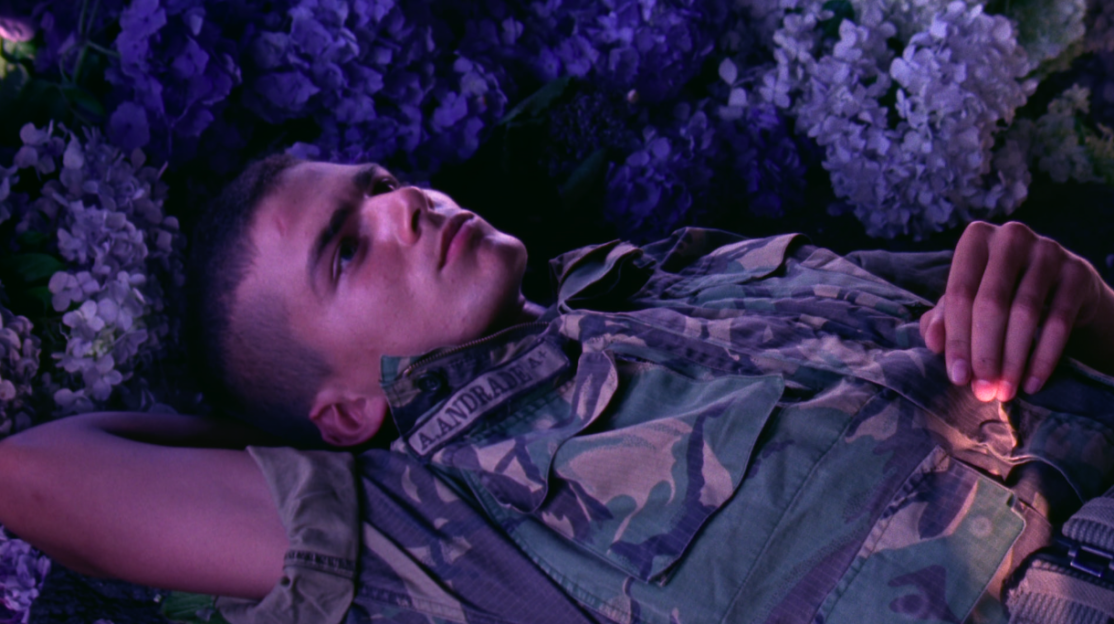 The point of departure for young Portuguese artist Jorge Jácome’s film is a natural disaster: the entire population of Azores is forced to evacuate due to uncontrollable spreading of the endemic hydrangea flower. Two soldiers, whose intimate relationship projects on the film’s dreamy atmosphere, insist on staying amidst the destructive beauty of the flowers, while others try to take advantage of the situation. The filmic wandering through the island becomes a nostalgic and political reflection on our innate sense of territorial belonging and the role we ascribe to the places of origin.
The film was featured at the Toronto and San Sebastián Film Festivals, among other venues, and won grand prize at the 25 FPS International Experimental Film and Video Festival in Croatia. 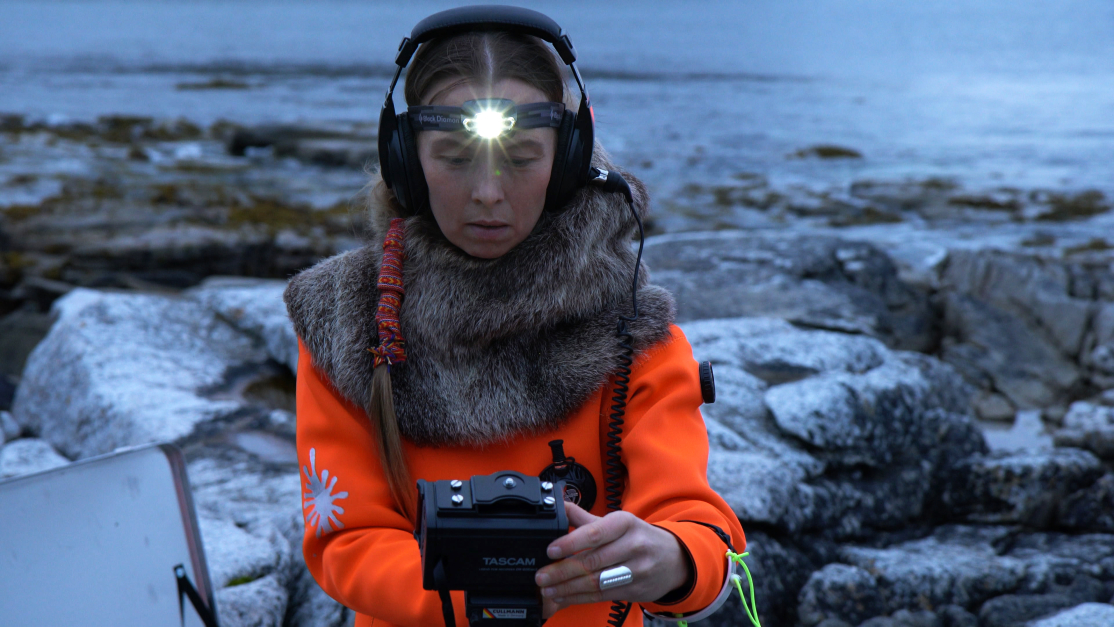 Swiss curator and artist Ursula Biemann’s film is centered on the figure of the scientist—a key player in our ability to construe the ecosystems surrounding us—who is presented as Sami, a term used to denote the indigenous inhabitants of northern Scandinavia. In order to explore the submarine space where sounds and noises are the major form of communication, she scatters recording devices on the coast of northern Norway’s Lofoten Islands, somewhat reminiscent of marine animals that have come on shore. The posthuman figuration of the fictive female character eliminates the critical distance between the research subject, the instruments with which it is studied, and the scientist. Biemann proposes a model in which the female body’s permeability, porosity, and connectivity with water are intertwined to generate a new kind of knowledge, harnessing image and sound to furnish a different sensory experience.