Merav Kamel (born in 1988, Israel) and Halil Balabin (born in 1987, Israel) are an artist duo based in Tel-Aviv, working together since 2012.
Both of them received their BFA from the Bezalel Academy of Art and Design Jerusalem (Kamel in 2012, Balabin on 2014).
Their works are divided into two types of practices — the first is sewing of dolls, and the other is site-specific installations.
The installations deal with documentary and autobiographical content, through which they examine new possibilities of documentary representation. For example, how can the documentary film genre shed its cinematic identity, and how a human story can be told by using traditional artistic tools, without the use of a video camera.
In contrast, their work with dolls brings out an associative way of thought — the attachment of different organs born of amputations, hybridizations and compositions that create a new object. They are mutations of lust and fantasy with a humorous tone, which mix together an array of familiar images: Cartoons, surrealism, poeticism, a mélange of the high and low, art history, and the conflicted and bizarre space of Israel.
Their joint work cancels the masculine-feminine dichotomy of their works, and allows a fluid gender identity. An ever-changing, androgynous being is formed, with the ability to play more than one character. 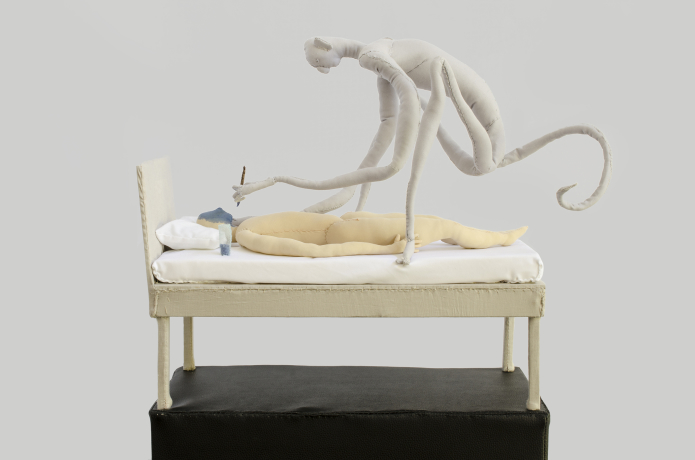 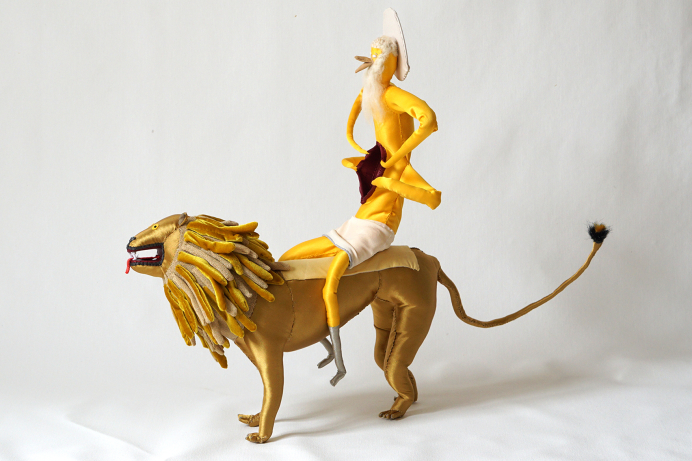 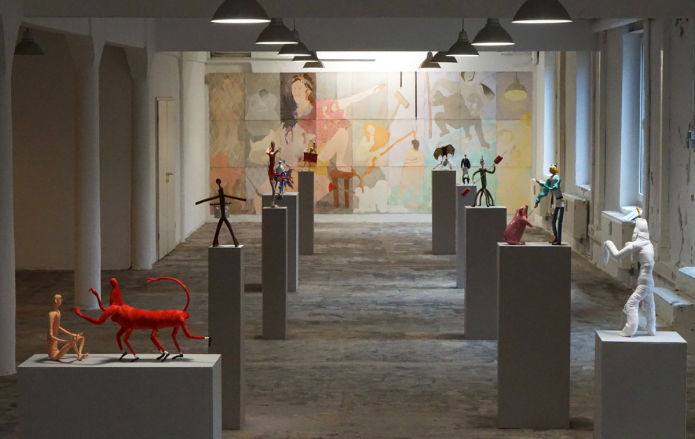 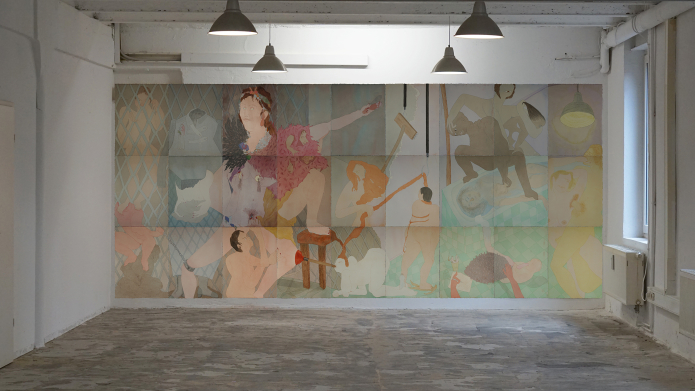 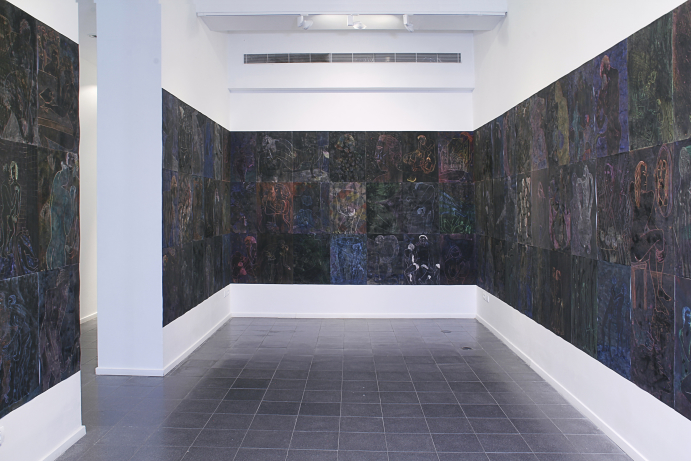 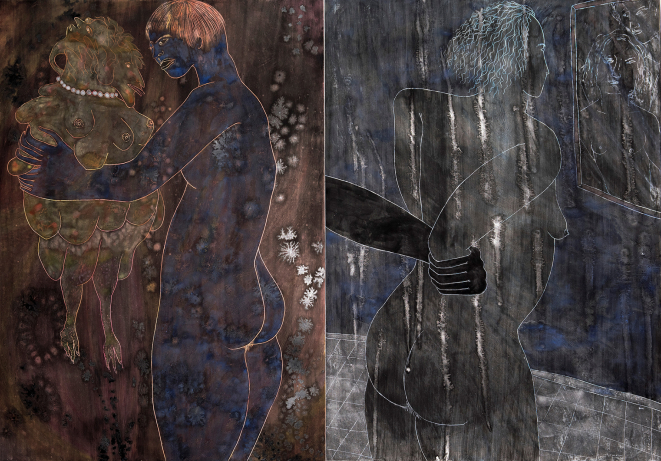 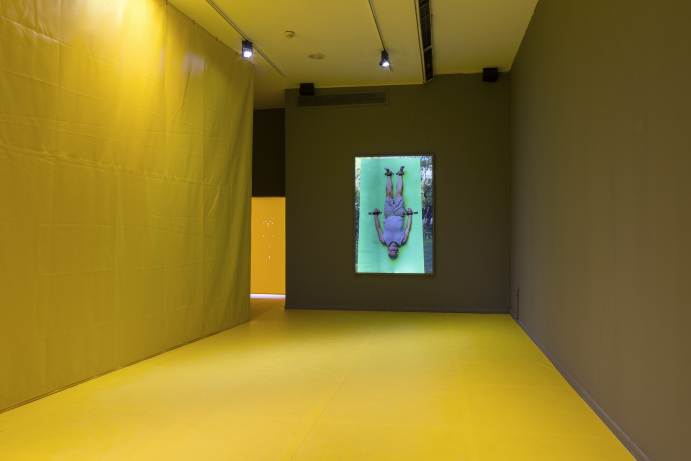 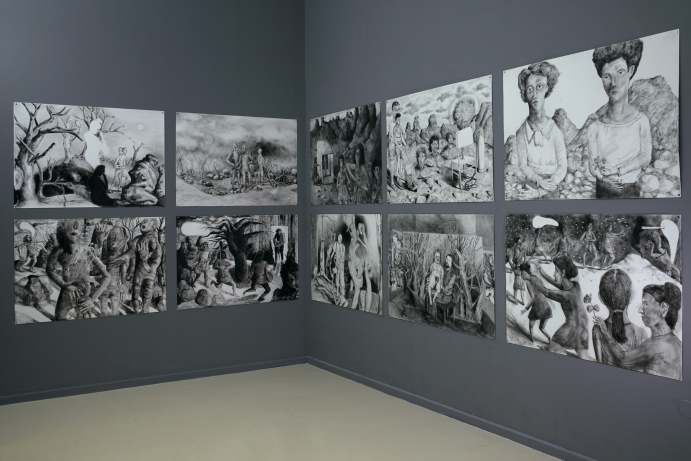 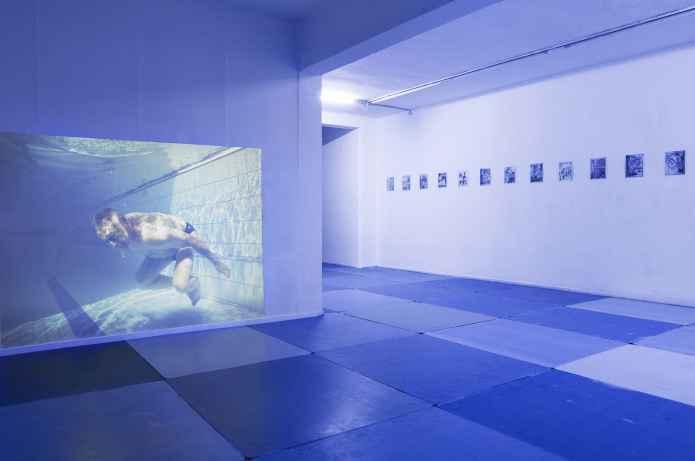 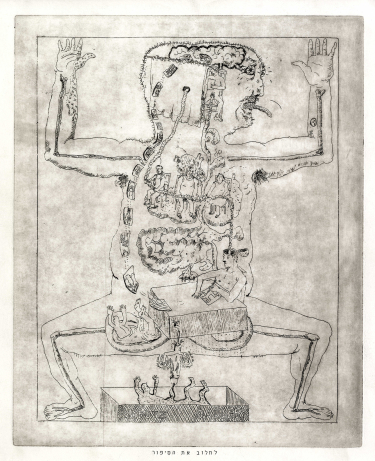 To milk the story

Out of a series of etchings shown at “Pinhas” exhibition at the Kibbutz galley, 2015, Tel-Aviv 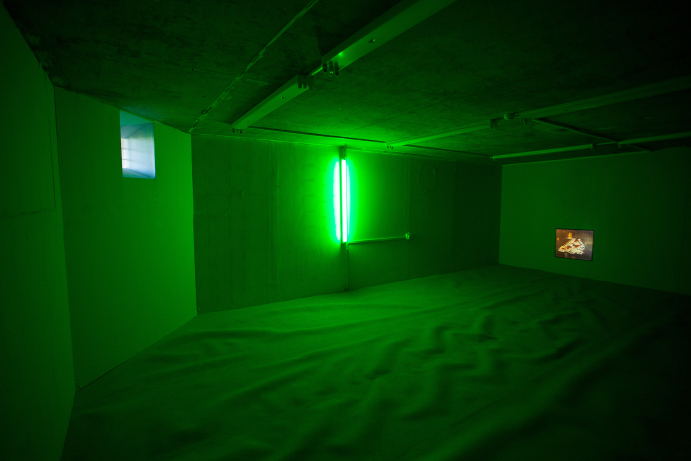 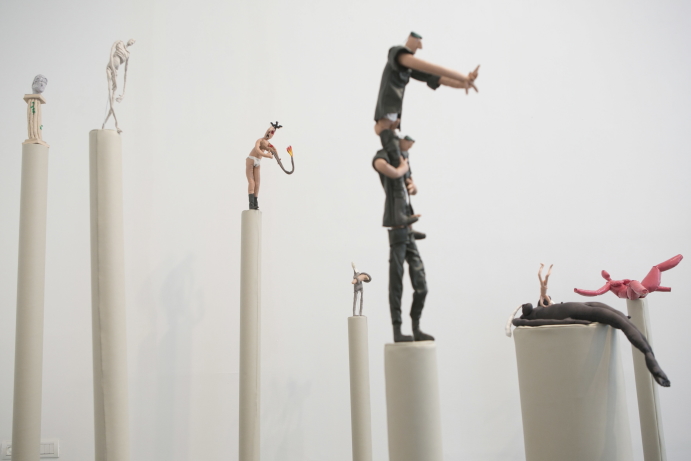 Out of “Rhinos” exhibition at Inga gallery, 2015, Tel-Aviv 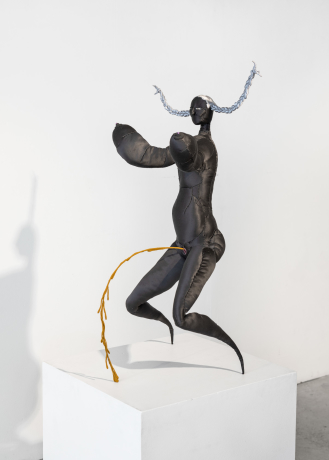 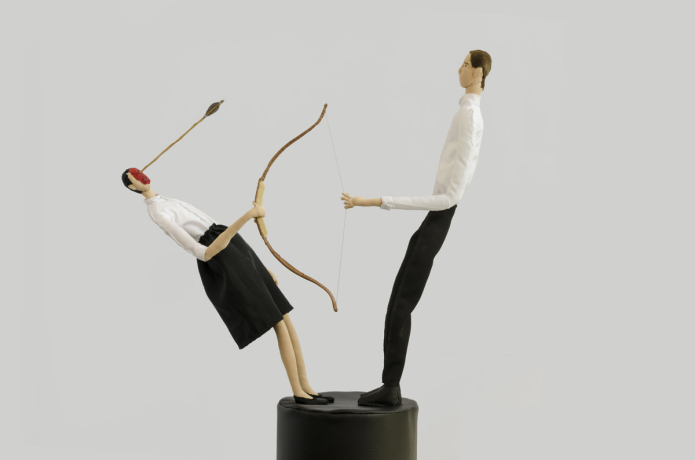