Guy Pitchon (b. 1980) is a multidisciplinary artist based in Tel Aviv, Israel. He is a graduate of the Minshar School of Art in Tel Aviv.

Pitchon’s work ranges in medium from photography and illustration, to wood carving and glass etching, to tattoo and graffiti, but it is defined by continuous conceptual and aesthetic threads. His work is rooted in his time as a member and photographer of the skateboarding community in Tel Aviv. The aesthetic influences of skate magazines and street art are apparent in his work, as is his personal investment in alternative scenes and subcultures. His work often deals with tight-knit, self-identified communities with strict rules and hierarchies. The skate community was the subject of a book of photography and graphic art entitled Love Child, a project that he followed with a study of another community: inmates in Russian prisons. In his project, Non-finito, Pitchon created a series of glass etchings deconstructing and transforming the world of Russian prison tattoos.

Pitchon is concerned with making art that is accessible, and he has often worked with recognizable iconography in a pop-art style to tell more obscure stories, such as those of street kids in Tel Aviv. He has created an iconography of what he calls their “soft rebellion,” a phrase which exemplifies the unique definition of his work – it lies at the intersections of seemingly contradictory conditions: harshness and fragility, childhood and adulthood, individual and community, iconography and anonymity. Pitchon’s artistic identity is defined by his method of reconciling certain contradictions as well: high culture and low culture, artistic and commercial.

Pitchon completed a residency at Artport in 2014. In 2016, he participated in the Asylum arts alumni retreat in New York. He has shown work internationally at such locations as Doomed Gallery, Brighton Beach, London (2013); 7 Ply Project, Athens (2017); Minshar Gallery, Israel (2010); and various other locations and has led workshops and lectures at various locations in Israel and abroad. In his commercial career, Pitchon has worked as a content creator, event producer, and influencer for Vans. He has collaborated with companies such as Google and Redbull, and non-profit organizations such as Mesila. 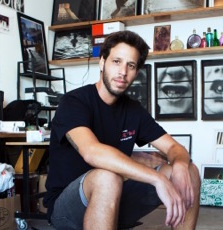 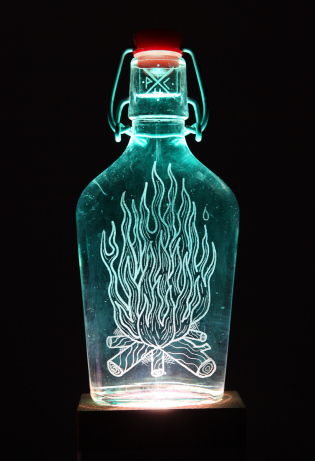