By deconstructing and transforming canonized familiar myths from varied beliefs and traditions, and creating fantastic realms where characters with elusive gender, sexual and political identities serve as alternative cultural heroes – I try to challenge and undermine the structured definitions and portrayal of the “other”, in order to explore and cherish the intrinsic potential of the extraordinary.

Through a manifold spectrum of practices and media, and with a prevalent predilection for the craftswomanship of crochet knitting, I indulge in the therapeutic virtues of knitting as means to dwell on personal and collective traumas, as well as to reflect upon recurrent obsessive patterns in mankind’s societies.

The act of knitting resembles writing: long, rapid, carefully calculated and monotonous movements, a collection of syllables that create a narrative, the object.
The texts and contexts become textures that suggest an alternative examination, reflection and interpretation to dogmatic translations.

Yefman graduated from Bezalel Academy for Art and Design, Jerusalem in 2003, and received a two year fellowship at the Alma program for Jewish culture studies, 2008-2010.
He is the Rappaport Prize laureate for young Israeli artist, 2017, and awarded ​”The Young Artist Prize” given by the Israeli Ministry of Culture and Science, 2010. 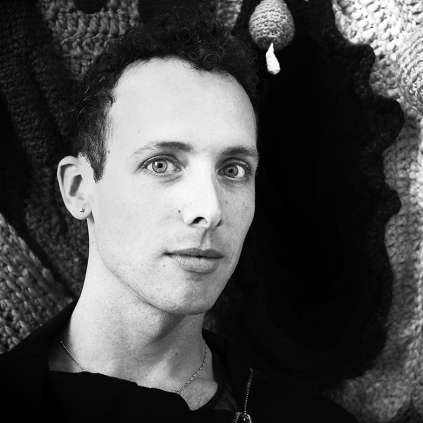 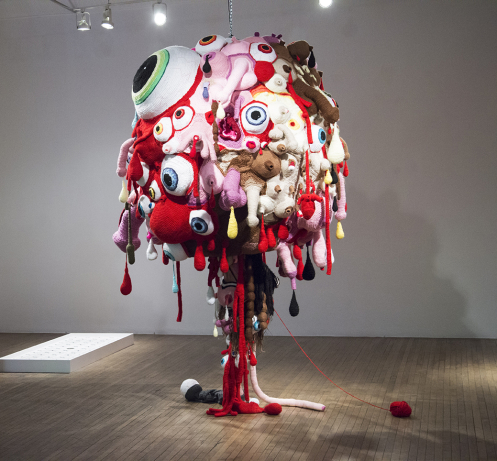 …(Not solely the Lepers, bull all who corrupt man must cry out for all to hear, that they are unclean, so that they will be given wide berth “and shall cry, Unclean, unclean”, Leviticus 13:45. The unclean informs that he is unclean. And Tumtum and Androgynous tears and rips and covers his upper lip as well, for he is in Doubt.) Leprousy Halacha 10 (Jewish Law), Mishna L’Torah, Rambam.

Etymologically, the source of the word ‘Tumtum’ is a combination of sealed and unclear, ambiguous, used to describe an androgynous with unclear genitalia – meaning genitalia that perform and especially look different from others’.
Thanks to Rambam’s Halachaic deliberations, especially regarding the laws of Kashrut, Tumtum has acquired the dubious phonetic connotation of Tum’aa or “the unclean”, until today, its modern Hebrew meaning has acquired a derogatory turn pertaining to stupidity – sealed and clogged pathways of accepted thinking and behavior.
This project aims to address also the viewpoints and weak points of the Tumtum and the androgynous and all other outcasts and condemned, and in keeping with the Heterotopic tradition of Foucault’s “Ship of Lepers”, it offers a piercing dialectic wherein the Tumtum within us all is, in both the public as well as the personal level, and despite the violent exclusion built into the western society, the most important agent for change and evolution since the dawn of the species. 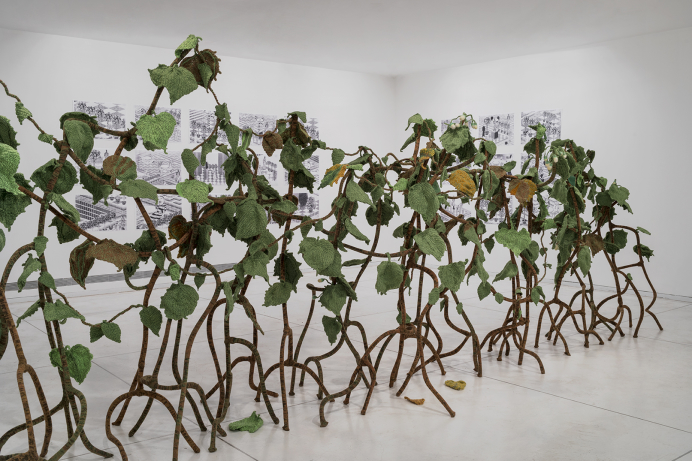 This work was created with the help of 265 volunteers and Kuchinate. 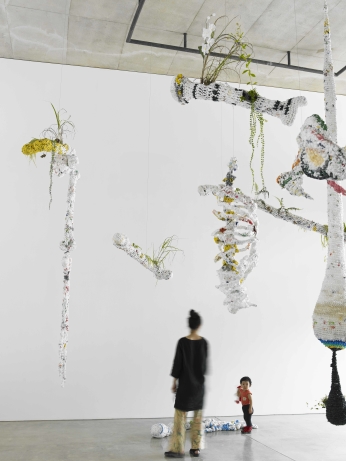 The Valley of Wet Bones