The works in the program “On the Politics of Love (and the Politics of Fear)” were spawned by specific realities and the way in which they are mediated by images. The struggles, journeys, and losses portrayed in the different films are essentially local; at the same time, they are tied to global order, as they deal with migration, war, and climate changes, all of which pertain to power relations and the distribution of resources in the world. Despite the close affinities between these concerns, each work adopts a different approach, examining who creates the image, who disseminates it, and what modes of mediation are employed. The first work in this cluster attempts to introduce an alternative: it strives to create a new frame in which to contemplate the topics arising from the works. 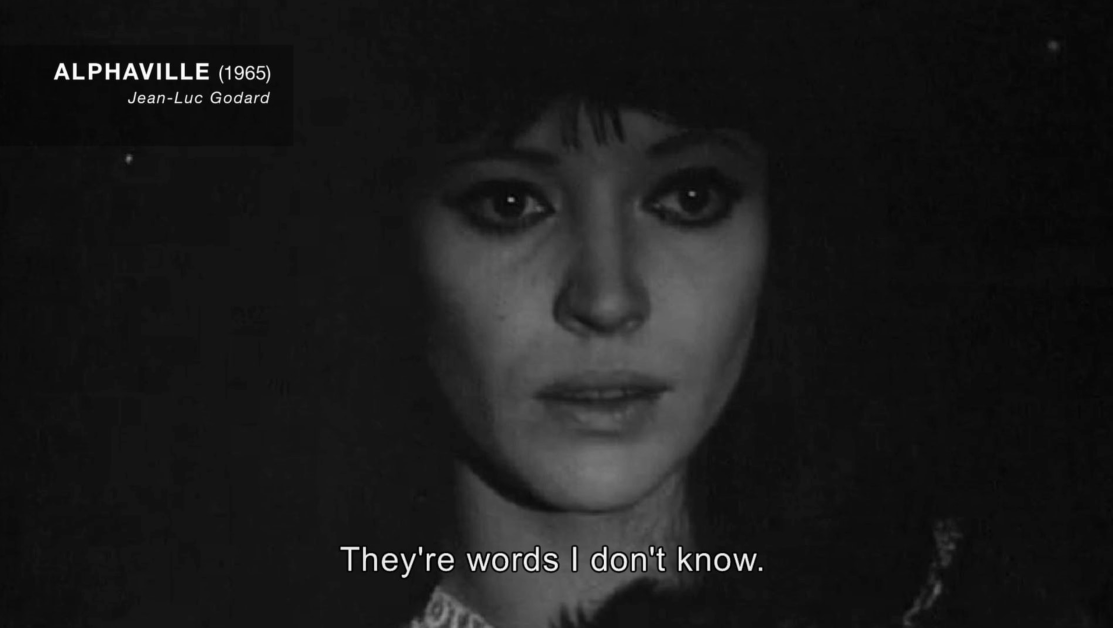 In 1515, political philosopher Machiavelli wrote that a Prince should better be feared than loved. This assumption is the point of departure for the work of celebrated Belgian filmmaker Johan Grimonprez (Dial H-I-S-T-O-R-Y(. Grimonprez interviews one of today’s most influential political philosophers, Michael Hardt, about the feasibility of a political paradigm based on love rather than fear. In his straightforward manner, Hardt discusses the possibility of creating a reality which is not based on the exploitation of people, the exclusion of populations, and the privatization of public resources. Their conversation is held against the backdrop of excerpts from Godard’s 1965 film Alphaville, which looks into the political potential of love in a dystopian reality. 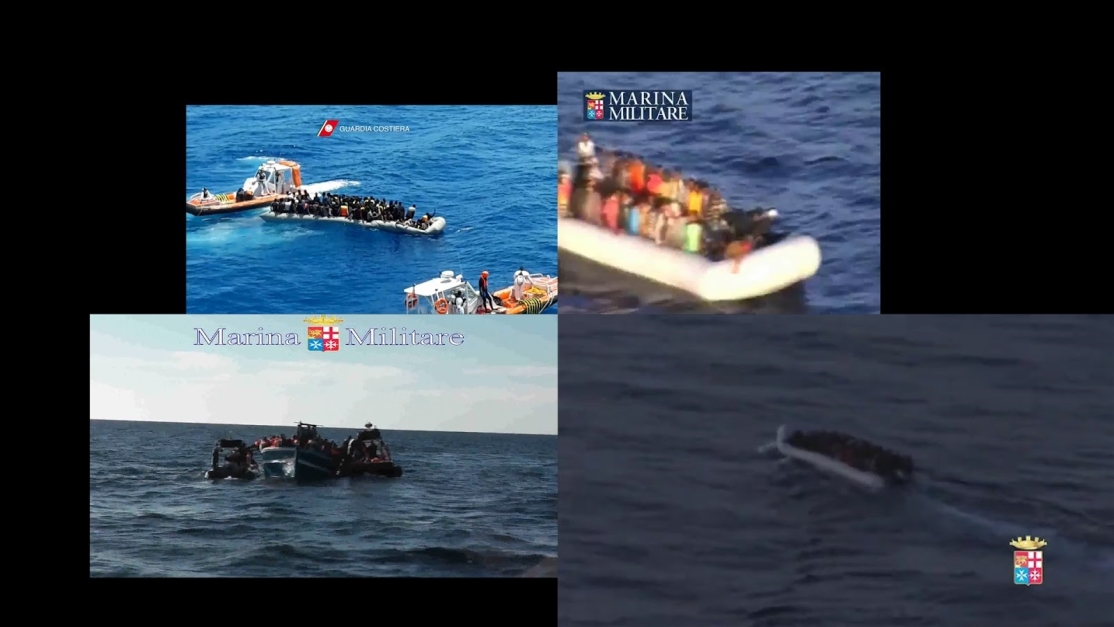 Danish filmmaker Stefan Kruse’s award winning short film probes images that mediate the European “refugee crises” for us, inquiring how they came about and who their target audience is. Kruse follows the refugees’ route, from the perilous journey across the sea in rubber boats, through their pickup by rescue troops, to the foot journey they are forced to take through Europe. He uses images gathered from body cameras, drones, cellular phones, and other means of documentation, which were published online. The film not only follows migrating refugees, but also exposes the way in which the images themselves migrate far beyond the people appearing in them and those who took them. 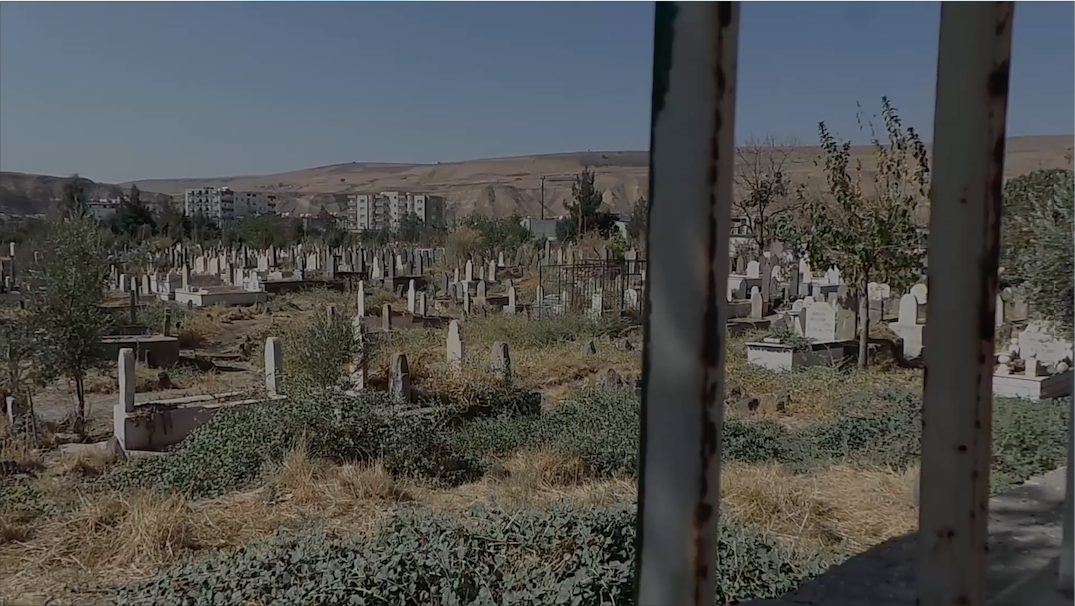 Turkish artist Belit Sağ’s short film is a philosophical reflection on what she calls “violence of images and images of violence.” It consists of photographic images which she shot in 2015–16 in the Kurdish town of Cizre, on the Turkish-Syrian border. The work focuses on local collective mourning customs and the role played by images of the dead in such practices. Avoiding cynical exploitation of the pictures, Sağ’s ethically sensitive work fuses life and death, the past and the present. 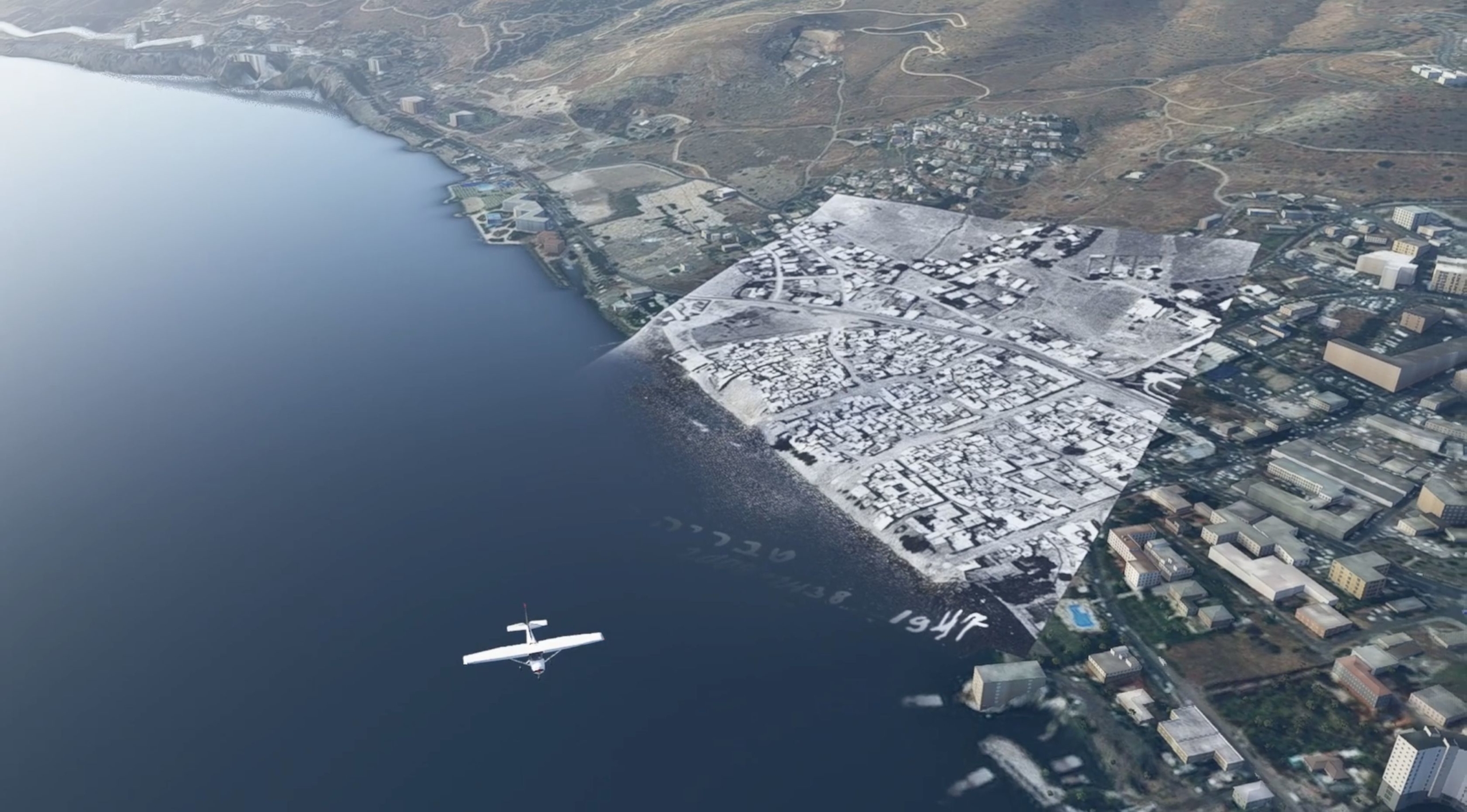 An Abridged Draft for a Letter to Leila Khaled

In the years before the establishment of the State of Israel, the Palmach conducted air raids for espionage purposes in which its pilots documented Palestinian cities, villages, and territories, shortly before their disappearance. These photographs are kept in the organization’s various archives, but they are virtually inaccessible to the general public, let alone the Palestinian public. In his new work, Shabtai Pinchevsky superimposes these photographs on recent satellite images of Israel, using a simulator that imitates a “flight in the country’s sky” to reconstruct the local space prior to 1948. The work is constructed as a letter to Leila Khaled, a member of the Palestinian Front for the Liberation of Palestine (PFLP) and the Palestinian National Council (PNC), who in 1969 hijacked a TWA plane en route from Rome to Athens, and demanded that its pilots fly over her birthplace, Haifa, before forcing them to land in Damascus, Syria.